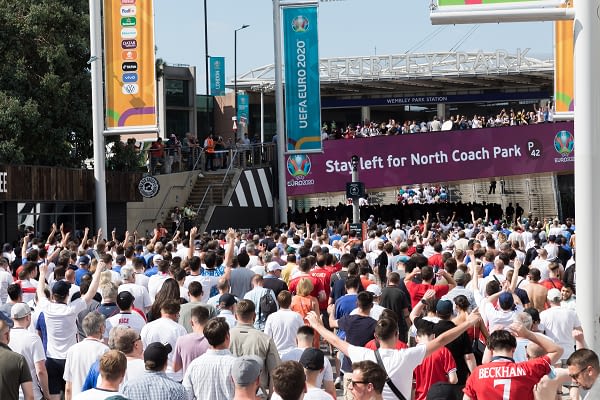 Boris Johnson has extended opening hours on Sunday evening for Euro 2020 should the final enter extra time to prevent punters being kicked out before the game finishes.

The Prime Minister has extended the grace period by 45 minutes to 11:15 on Sunday regardless if England win against Denmark on Wednesday.

Millions of punters will be hitting the pubs and bars of the highly anticipated match as fans head to Wembley Stadium.

Johnson urged England to support our team “enthusiastically, but in a responsible” manner, and an emergency law will be put before the House of Commons today to allow the 45 minute extension, according to The Sun newspaper.

A No 10 source reportedly told The Sun, “As the entire nation comes together to enjoy the Euros final on Sunday, we’re putting extra time on licenses so fans can watch the whole game without fear of being kicked out before it’s over.

“And we’re backing England to make it there.”