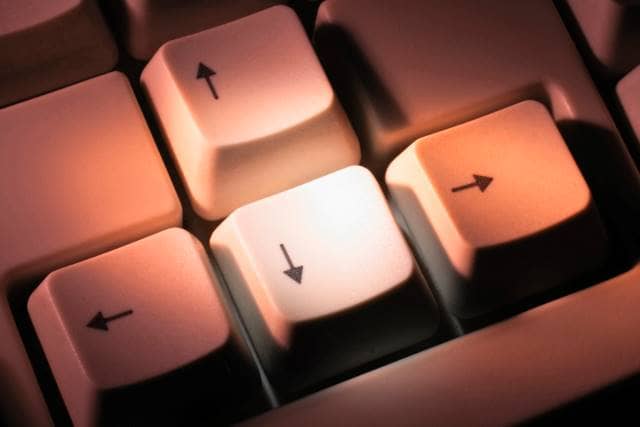 Electronic devices are everywhere. From phones to computers, to cars, to home appliances, nearly everything has some form of electronic circuitry inside it. This circuitry is what makes these devices work. And like anything else in life, this circuitry requires regular maintenance and occasional upgrades to keep running at its best.

One area where many people tend to skimp on upgrades is the keypad. It’s often an overlooked mistake, as rubber keypads offer many benefits over traditional plastic keypads.

What are rubber keypads?

Rubber keypads are typically moulded in one piece and have a textured surface to help with grip. The best part is that they’re more durable and longer-lasting than traditional keypads.

Electronic devices in the past have used plastic keypads. These are made of hard, brittle plastic that can easily crack or shatter when dropped. On the other hand, rubber keypads are much more durable and can withstand a good deal of abuse. They’re also less likely to develop cracks over time.

Rubber keypads are commonly used in the electronics business. They’re found in devices such as phones, computers, cars, and home appliances.

We will take a look at why companies prefer to use this type of keypad for these products over its counterpart. Here are several advantages why you should consider switching to rubber keypads:

First, rubber keypads are more durable than their plastic counterparts. As mentioned earlier, they can withstand a good deal of abuse and are less likely to crack or shatter, making them ideal for use in devices that are commonly dropped or handled roughly, such as cell phones and laptops.

In addition, rubber keypads are less likely to develop worn-out spots over time. It’s because they’re more elastic than plastic and can flex slightly under pressure, helping to keep them in good condition for more extended periods of time.

Second, rubber keypads are more grippy than plastic keypads. It’s because they’re made of a soft, textured material, making them less likely to slip out of your hands when you’re using them.

An example of this is when playing the rhythm game Guitar Hero. The rubber keypads that come with the Xbox and PlayStation versions provide excellent grip and control over the in-game characters, giving you more control and precision than plastic or other materials. Furthermore, this type of keypad provides a smoother gaming experience.

3. Easier to see in the dark

Another advantage of rubber keypads is that they’re easier to see in the dark. It’s because they emit a small amount of light when you press them, making them ideal for use in devices that are commonly used in low-light or dark environments, such as phones and laptops.

Aside from being more durable and easier to grip, rubber keypads are also more comfortable. They don’t give off an impression of being made from cheap materials. In other words, they look and feel good in your hands when you press them.

Rubber keypads are more convenient to use compared to their plastic counterparts because they offer a soft, cushiony feel when you press on them. They can be easier and less fatiguing to use for long periods of time. An example of this would be playing a video game marathon on your console.

Another advantage of rubber keypads that users will love is that they’re quieter than plastic ones because rubber is a sound-insulating material. It helps muffle the sound of the keys being pressed, which can be annoying if you’re trying to concentrate on something.

Remember when devices before had those loud, keypads? With rubber keypads, you don’t have to worry about that anymore. You could even say that they give you a better typing experience.

6. More resistant to dust and dirt

Another advantage of rubber keypads is that they’re more resistant to dust and dirt because the textured material on the keypad traps grime and other dirt particles, thus preventing them from sticking to the keys and interfering with the way they function.

It’s especially important in devices such as cell phones and laptops, which are commonly carried around in your pocket or purse. For this reason, you no longer have to worry about dust and dirt that can prevent them from working properly.

Another good point about rubber keypads is that they’re more sanitary than plastic because rubber is a non-porous material. Also, it doesn’t allow bacteria and other contaminants to stick to its surface.

As such, rubber keypads are less likely to harbour contaminants, which can harm your health. An example of this is constantly using a shared computer in an office environment. In this case, it’s best to use a keyboard with a rubber keypad, as it will be less prone to harmful bacteria contamination.

Next, one of the best reasons to switch to rubber keypads is that they’re more fashionable than plastic keypads because rubber comes in various colours and textures, which can add a touch of style to your device.

More importantly, you can personalise the colour of the keypad depending on your mood or personality (or even according to your favourite colour. For example, if you like pink, it’s easy to find keypads characteristic of this shade. As such, they’ll likely be more fashionable than their plastic counterparts.

Finally, rubber keypads are more affordable because it’s a lightweight material, which means it’s cheaper and faster to produce. So, if it gets broken worn off, it’s easier to buy a replacement. All you have to do is pick the suitable color that matches your style and personality.

There are a whole lot of reasons why you should switch to rubber keypads and one of them is to provide you with a more enjoyable typing experience. Not only that, but it’s also cheaper, tougher, more hygienic, and gives you a better grip than the rest.