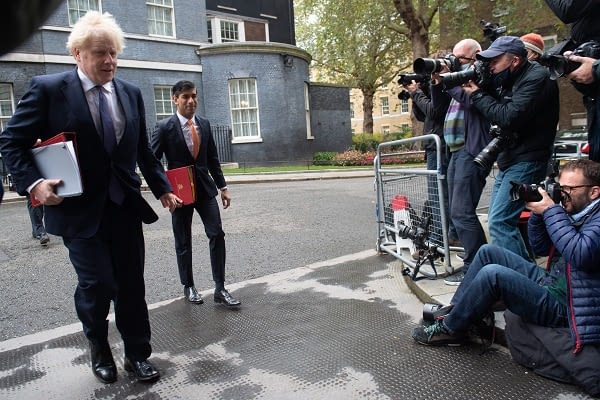 This week, the Government revealed more information about its proposed online sales tax (OST), including plans to widen its scope by including sales of computer software, holidays and accommodation. The home delivery expert ParcelHero says the new tax would unfairly hit people who are housebound or shielding.

‘We believe the new online sales tax could claw in as much as £14bn a year to help boost the Government’s empty coffers, but it will be everyday home shoppers and the frail and elderly who foot this huge bill.

‘The online sales tax is as misguided as the infamous 18th century window tax, which taxed properties by their number of windows, causing thousands of homes to have their windows blocked up permanently to reduce the tax. The new OST would similarly hold back progress. It’s no wonder many businesses told the Government that it would be a tax on innovation and investment in the UK’s growing digital economy.

‘While many of this week’s keenly anticipated tax announcements proved a damp squib, the Government’s ‘Fundamental Review of Business Rates’ interim report certainly produced fireworks. The Government had invited feedback on its online sales tax plans from retailers, and the result reveals just how split businesses are about the proposal. It was also alarming to read just how sweeping the new tax might be.

‘The interim report revealed UK online retail sales are now worth £100bn annually, and wider e-commerce sales including software (but excluding financial services) £700bn. Previously, the Government has revealed it is planning a tax of around 2% on every purchase. That would mean it could claw back £2bn a year through a straightforward retail sales tax, and a jaw-dropping £14bn if it goes ahead and taxes all online transactions.

‘Of course, it is good news that the Government is, at last, facing up to the fact that many High Street businesses have been badly wounded by the impact of Covid and can no longer afford Britain’s ruinous business rates when the current rates holiday ends. The UK’s business rates are the highest in Europe and hoover-up £25bn a year for the Government.

‘The proposed solution is far from good news for most retailers, however. The interim report claims that some retailers argued that the new tax would: “be an opportunity to ‘level the playing field’ so that online retailers pay a tax on doing business where benefit is derived, in the same way offline businesses pay business rates for property they occupy.” That argument assumes there is still a clear divide between online retailers and offline businesses. We are not living in the 1990s, however. Today, any High Street retailer worth their salt also has an online presence. There is no divide between online and physical stores anymore; they are one and the same.

‘This blatantly opportunistic tax, far from helping “level the playing field” between High Street and online stores, would dig up the entire pitch by forcing every sensible retailer with both physical and online stores to pay a new e-commerce tax, on top of whatever scheme eventually replaces business rates.

‘Finally, the report reveals retailers were divided over a delivery tax option. Some suggested this would be a good way to address congestion and pollution. However, we agree with the many businesses who felt that a delivery tax would not address environmental sustainability issues. This is especially true because an increased investment in more efficient delivery vehicles means that the environmental concerns related to delivery are reducing. In fact, numerous academic reports have shown that home deliveries are significantly greener than shopping by car.

‘Ultimately, the tax would hit US giants such as Amazon, of course, as well as UK stores. It’s rumoured Chancellor Sunak has postponed his OST plans until he can gauge President Biden’s reaction. We hope he uses this pause to think again.