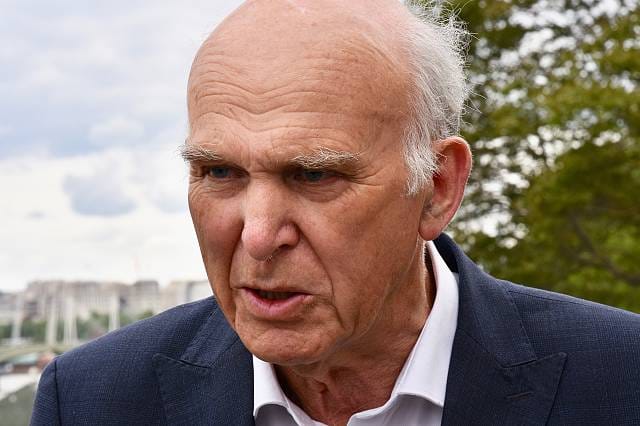 No-confidence motion supported by some Tories and Lib Dems

Sir Vince Cable has said that a “significant number” of Conservative MPs support a no-confidence motion against the government to include the Liberal Democrats.

The former leader of the Lib Dems said there has been a constitutional crisis “for quite a long time” in the UK.

Speaking on BBC’s Newsnight Sir Vince said there will be wide support for an “emergency administration” to take over Boris Johnson if he loses a no-confidence motion.

He was asked is the UK facing a constitutional crisis, he said, “I think we are already in one. We have been in one for quite a long time.”

Sir Vince added, “The extreme no-deal Brexit can be stopped. I think we need to look at it partly from a political question point of view.”

He said parliament will reject a no-deal Brexit as the “consequences are so dire” and MPs would support a “more broadly based group” but would not support a new government led by Jeremy Corbyn.

Many MPs would “get behind” an emergency administration when a no-deal Brexit is “staring MPs in the face.”

Should Johnson be defeated in a no-confidence vote under the fixed terms parliaments act he would have 14 days to win another confidence vote. If no other government can be formed the UK will enter into a general election.