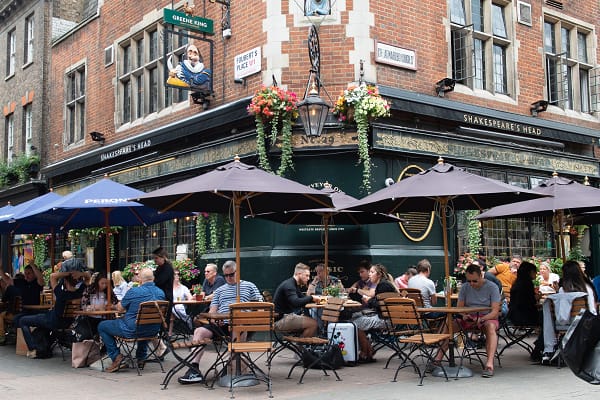 Night Time Economy businesses see costs increase by a quarter A Night Time Industries Association (NTIA) survey has revealed that nightlife businesses have seen a 26% rise in their total operating costs in the last year. The survey involved 198 NTIA members in England, Scotland and Wales.

Michael Kill CEO, of the NTIA, said that businesses would be forced in large part to pass these cost increases on to consumers – or face going bust – which will add to wider inflationary pressures and see consumers paying considerably more for a night out in the future.

Even more worrying is the fact that Night Time Economy (NTE) businesses are yet to be hit by April’s ‘perfect storm’ of further strains on their businesses, including:

Despite these huge increases to current operating costs, and the coming challenges, the survey also revealed a picture of a sector still feeling the effects of the pandemic – with businesses on average operating at 68.9% of their pre-pandemic trading levels.

There are fears within the sector that the coming cost of living crisis in the wider economy will have a particularly damaging effect on the Night Time Economy sector, with things like a night out likely to be among the first things consumers cut down on in their efforts to ensure they can pay their own bills.

For many businesses, who on average still have high levels of outstanding debt from the pandemic, there are real concerns that without continued support from the Treasury they will not survive. A staggering 90% of businesses surveyed said they would require further support from the Government, with the main asks being an extension of the reduced rate of VAT and businesses rates relief, as well as further Government grants.

Michael Kill, CEO of the NTIA said, “These statistics show just how bleak things remain for our sector. I think there is a temptation to think that, because it feels as if the pandemic restrictions are now behind us, that nightlife will just snap back to its pre-pandemic strength and everything will be fine.”

“Sadly, this couldn’t be much further from the truth. We are still running into severe economic headwinds, and April threatens to be a perfect storm for the sector. I would now even at this late stage urge the Chancellor to postpone all the tax increases – on national insurance, VAT and business rates – to give some perfectly viable night time economy businesses a fighting chance of survival.”

“It is unfortunately the case that when you see enormous cost increases of the kind we have felt in our sector, for the vast majority of businesses there is little else they can do other than pass these on to consumers. Sadly, what this will mean is people’s well-earned nights out being made considerably more expensive, just when they are themselves struggling with their own cost of living and trying to decide which monthly expenses they can do without.”