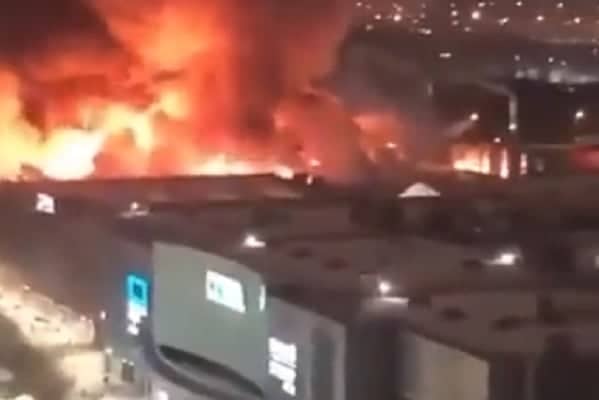 Explosions have ripped through a large shopping centre in Moscow early on Friday morning causing the roof to collapse.

The huge fire erupted at the shopping centre in north west Moscow and RIA shared a video online the “Mega Khimki” ablaze.

The "Mega Khimki" shopping center in #Moscow is on fire. The fire area is about 7000 m². pic.twitter.com/GXxKB3vbxs

A spokesperson said, “The building’s roof has caught fire. [The total affected] area is 250 square metres.

“The blaze was classified as a category three fire [on a scale of five].”

It is reported that a manufacturing plant for the production of Nortec tires caught fire. The fire area is about 1000 m². pic.twitter.com/yc4a0tQ57H

Emergency services suspect that a “deliberate act” took place  and “arson is being considered,” the Interfax news agency reported a source saying.