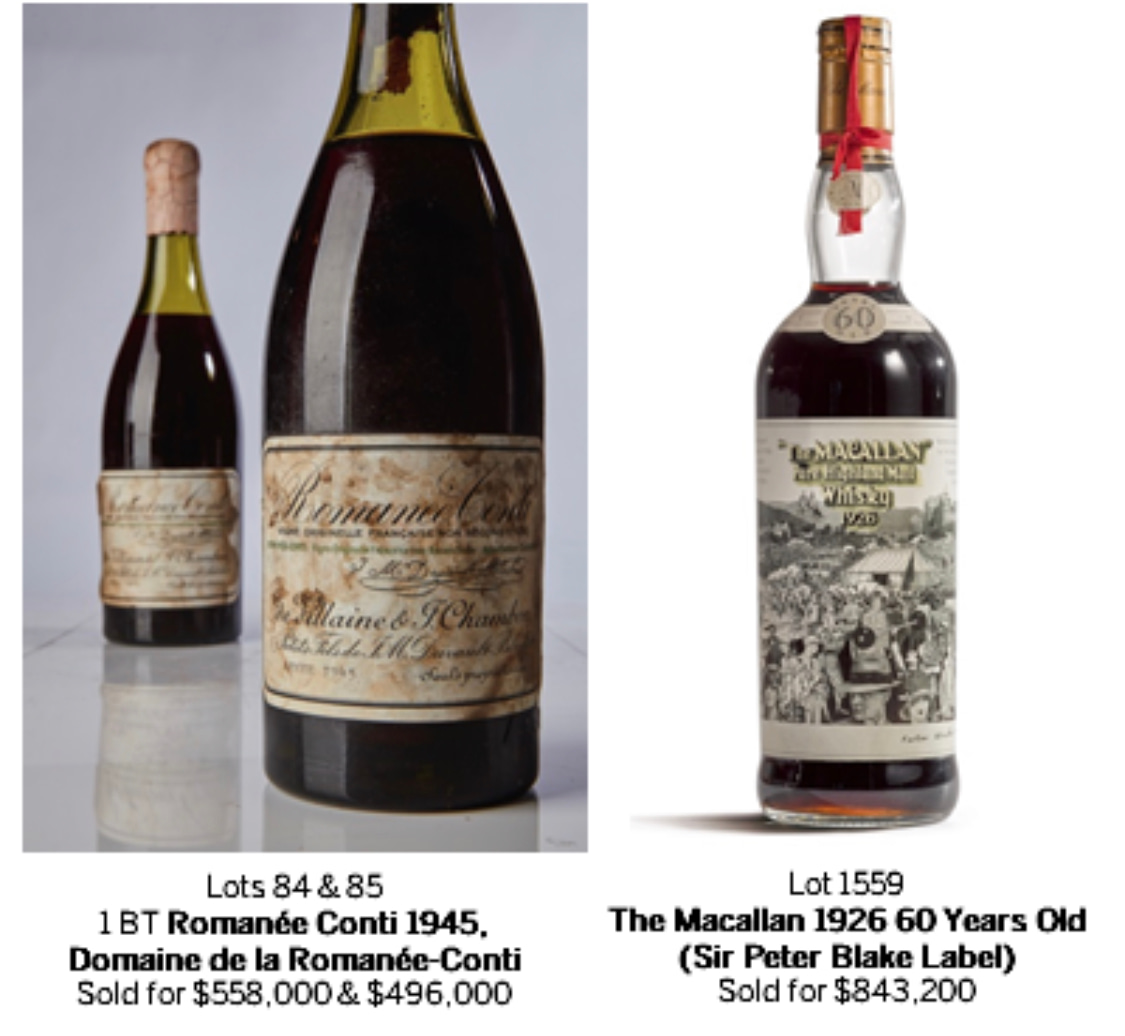 Most expensive wines sold for more than $12m

Thid weekend in New York, Sotheby’s October wine auctions concluded with a total of $12.3 million, with over 1,100 lots sold over the course of two days.

The outstanding selection of wines on offer was led by two exceptional bottles of Romanée Conti 1945, both of which shattered the previous world auction record for a single bottle of wine of any size when they sold to applause for $558,000 and $496,000, respectively.

The wines were offered as part of a ‘white-glove’ (100% sold) auction of rare Domaine de la Romanée-Conti emerging from the personal cellar of Robert Drouhin, which totaled $7.3 million – more than five times its high estimate.

In addition to the two record-breaking bottles of Romanée Conti 1945, Sotheby’s historic offering of rare DRC wines from Mr. Drouhin’s personal cellar saw three bottles that broke the previous auction record for any single magnum bottle, achieving prices over $300,000. Three magnum bottles of Romanée Conti 1937 each sold for $310,000 – more than seven times their respective high estimates of $40,000, and just short of the previous auction record for a single bottle of any size. La Tâche 1945also commanded top prices, with three bottles each achieving $99,200, and another trio that brought $82,666 per bottle.

Immediately following the conclusion of the Personal Cellar of Robert Drouhin, the second session of our Finest & Rarest Wines sale began with The Macallan 1926 60 Years Old (Sir Peter Blake Label), which sold for $843,200, becoming the most expensive spirit sold at auction in North America, and the highest price in Sotheby’s history for a single spirit.

Jamie Ritchie, Worldwide Head of Sotheby’s Wine, commented: “We are delighted with the outstanding results of our October wine sales in New York. For both wine and whisky, the incredible prices achieved this past weekend set the most important world records for both our global Wine team, and the entire auction market worldwide. Not only did we have the privilege of breaking our long-held world record for a single bottle of wine of any size twice in one sale, but we also had the pleasure of selling what have now become the most expensive magnum bottles of wine, the most expensive spirit purchased at auction in North America, and Sotheby’s top price for a single spirit.

”Coupled with success of our Hong Kong wine sales this September, the results of our October New York sales are evidence that the demand amongst global connoisseurs for the rarest bottles with exceptional provenance is at its highest point. It has been an honor to work alongside Robert Drouhin and his family, as well as The Macallan and we look forward to continuing this momentum as we head into our November and December auctions.”

Meet Fire Mountain, the luxury chocolate company with a conscience