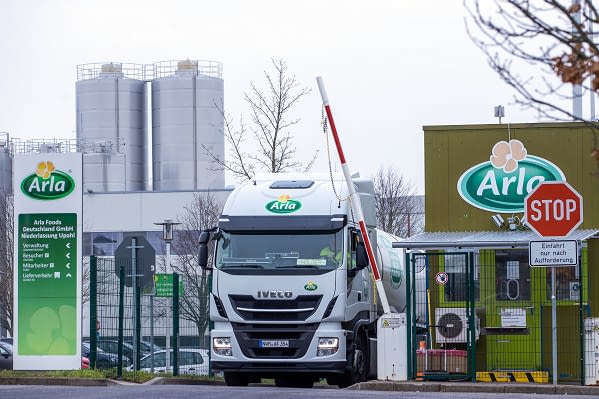 The UK’s largest milk producer has warned on Friday that there could be a “summer of disruption” to supplies as the pandemic and Brexit has helped create a shortage of lorry drivers.

Arla who are the UK’s largest diary company warned of a shortage of fresh diary milk after they failed to make 25% of its deliveries and are urging the government to act.

Managing director from Arla Food, Ash Amirahmadi told the BBC that they normally supply 2,400 stores every day, but they could not deliver to 600 stores on Saturday.

He told business correspondent Emma Simpson from the BBC, “So normally we deliver milk to 2,400 stores daily, so we’re a very big milkman.

“Unfortunately, at the moment there’s about 10% of the stores every day that we can’t deliver to. And at the weekend it’s worse.

“This is the world’s largest fresh milk dairy.

“We’ve processed over 2bn litres of milk from our farmer-owners. So you can see this is a fast operation.”

He emphasised, “In fact, one in every five bottles of milk that’s sold in the UK is made here.

“Since the beginning of April, we have experienced driver shortages. And that has now increased to such a level now where we’re not able to deliver milk to every store that we’d like to.

Amirahmadi added, “Going into the summer with lots more holidays coming up, there’s a short term crisis that we need to make sure that we don’t have food shortages in the summer and therefore we would like to work with the government first to recognise it’s a crisis.

“Secondly, there’s a backlog of tests for HGV drivers we predict about 30,000 drivers are waiting to be tested.

“We want the government to work with us to accelerate that.

“And then, we believe that driving should be recognised as a skilled shortage. Therefore, the Government should open up temporary visas for the industry to be able to bring European drivers back into the country.