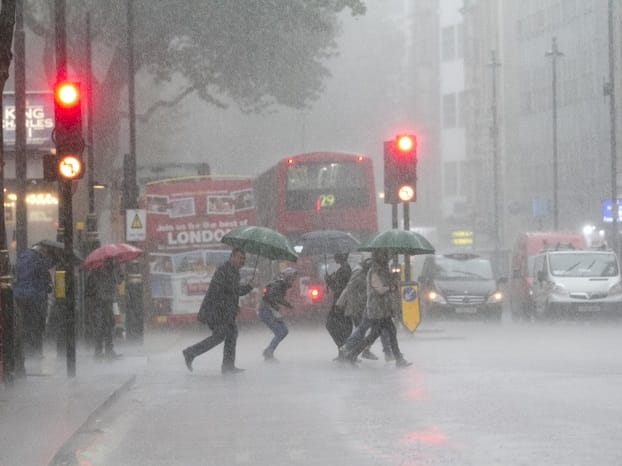 The Met Office has issued a “danger to life” warning as two months of rain will hit the UK in just one day which could cause dangerous flooding.

Across large parts of the UK snow is melting which has already saturated the ground, and the Met Office have issued an amber warning from 6pm on Tuesday until midnight on Wednesday.

Chief meteorologist from the Met Office, Neil Armstrong said, “A wide area of rainfall will move across central parts of the UK on Monday evening and bring heavy rain for the following 36 to 48 hours.

“The rain will be heaviest across western facing hills, in particular parts of the southern Pennines and northern Peak District where we could see up to 120mm over the course of the warning period with 40 to 70mm of rain widely across the whole amber area.

“Heavy rain will impact the whole of England and Wales by Wednesday with yellow warnings for rain in force. By Thursday 100 to 150mm of rain could fall over high ground in Wales and Northern England.

‘As well as rainfall, rapid snow melt will add to these accumulations, adding 5 to 10mm in the worst affected areas. These amounts of rainfall along with snow melt present a real threat of flooding, keep up to date with the latest Met Office forecast as well as flood warnings from the Environment Agency and Natural Resources Wales.”