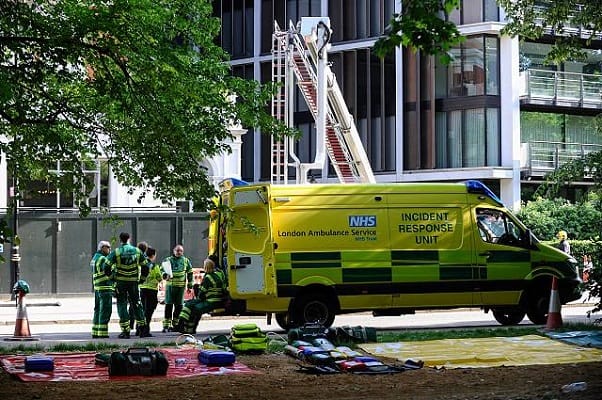 A “major incident” was declared at a hospital in London over fears of an “oxygen shortage” which was forced to divert ambulances.

Ambulance were diverted to King’s College Hospital and St Thomas’ Hospital in London, as the Queen Elizabeth hospital in Woolwich feared there would be a shortage of oxygen.

The Independent newspaper reported that the diversions were in place until at least 10pm on Sunday, due to a high number of patients led to a strain on pipe which struggled to deliver oxygen.

Sir Simon Stevens the chief of NHS England warned today that we are now “back in the eye of the storm” and England is firmly in the second wave of the virus.

Hospitals in the South England have seen a “rise in pressure” over coronavirus cases and the new more transmissible virus.

London Ambulance Service (LAS) were treating around 8,000 call outs everyday and Boxing Day was the “busiest ever days.”

Speaking to the BBC, Saffron Cordery, deputy chief executive of NHS Providers said, “We’re seeing a real rise in the pressure for hospital services, but also other types of NHS services as well… ambulance trusts in particular are coming under extreme pressure, as are community and mental health services.”