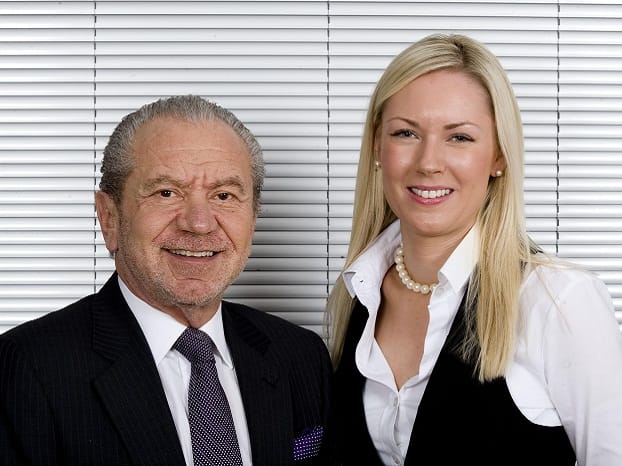 The Amshold boss launched a counter claim worth £50,000 after English lost her constructive dismissal claim against him.

English claimed that she was forced to resign from her £100,000-a-year job because “it was not a role of substance” and that she felt like an “overpaid lackey”.

An East London Tribunal Service panel ruled that English should not have to repay the legal fees back. English has claimed that her case for constructive dismissal against Lord Sugar has left her an unemployed, single parent on benefits with £200 in her bank account.

Her lawyer Henry Hendron said: “My client is over the moon the employment tribunal have found in her favour and have dismissed the respondent’s application for substantive costs against her.

“They have gone further to state that she did not bring the claim against Lord Sugar’s company motivated by malice or by bad intentions but she genuinely believed that she had a good case as advised by her then lawyers.

“Ms English is now keen to put this saga behind her.”