Home Business NewsBusiness Lidl hopes its £7.99 reindeer steaks will fly off the shelves this Christmas 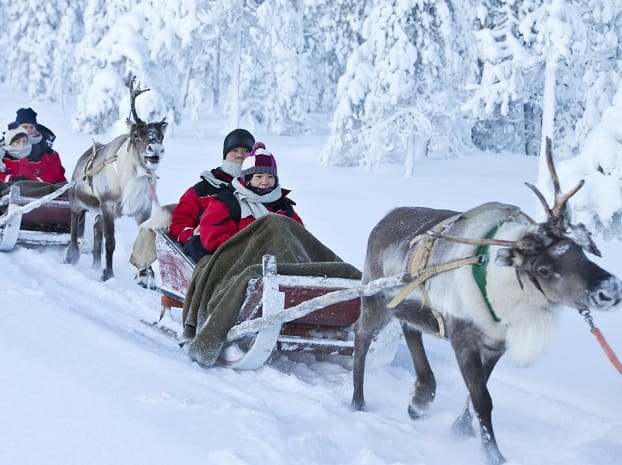 Lidl hopes its £7.99 reindeer steaks will fly off the shelves this Christmas

Campaigners are red-nosed, sorry, red-faced with anger at Lidl, which is selling deluxe reindeer steaks for £7.99 this festive season.

The supermarket chain has been accused of taking the magic out of Christmas by sleigh-ing the animals for meat.

The news comes as the discount supermarket chain unveils its first UK TV advert, which will be voiced by Harry Enfield.

Lidl’s multimillion-pound Christmas campaign features a whole lobster for £5.99 and a Serrano ham joint for £39.99 in the supermarket’s bid to win more middle-class shoppers.

But it’s the reindeer meat that has left some consumers exclaiming “how very Rudolph them”.

Justin Kerswell of animal rights group Viva! said: “What Lidl aren’t telling their customers is that to put reindeer meat on British shelves, other large wild animals are systematically hunted, or trapped, and shot.

“All that seemingly matters to this cut-price supermarket is delivering sick novelty and the pursuit of profit this Christmastime.”

“We take issues of animal welfare as well as environmental protection very seriously.”

Where to eat and buy horsemeat in London