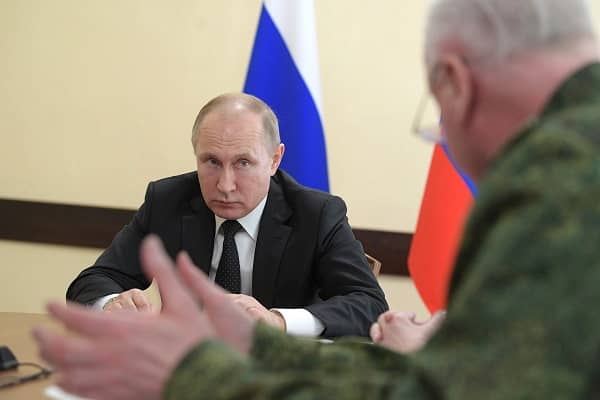 Kremlin officials have savaged Vladimir Putin over his “clusterf*** invasion” of Ukraine with many calling the war a “mistake” as it has caused a “political crisis in Russia” which will lead to his demise.

Russia has had two top military generals killed in action many senior commanders killed more than 12,000 troops obliterated and Kremlin officials are privately reeling with Putin creating more division within the ranks.

The Ruble collapsed to record lows on Wednesday and Kremlin officials have privately called Putin’s war a “clusterf***” of an invasion, and now “in mourning” amid the Russian economy.

Farida Rustamova, a Russian journalist is well-connected within the Kremlin and government circles, said sources are making “apocalyptic” forecasts and they never believed Putin would go to war with Ukraine.

The Russian journalist said Russian officials had “carefully enunciating the word clusterf***” to her before she left Russia.

The MailOnline reported Rustamova’s source, then said: “No one is rejoicing.

“Many understand that this is a mistake, but in the course of doing their duty they come up with explanations in order to somehow come to terms with it.”

Professor Michael Clarke told BBC Radio 4’s Westminster Hour that it is “massively foolish” for Russian forces to attempt to take Kyiv which could lead to the “peak Putin” moment which will end his leadership.

Professor Clarke said, “Every day the Ukrainian government is still up and running and standing is a political victory for them and a political defeat for Russia.

“It’s a completely impossible scenario Putin has set his military forces, it’s a huge strategic blunder, which incidentally has now become a political crisis in Russia … this is peak Putin.

“After this Putin is finished.”