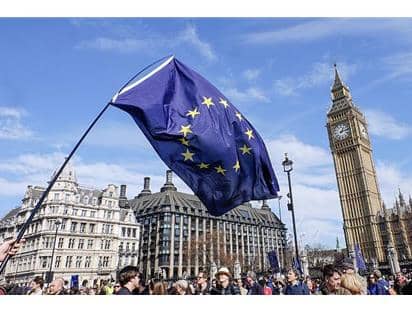 How the City of London will ride the wave of Brexit

The Brexit is a six-letter word which has been on the mind of professional investors for quite some time now. As its mechanics continue to unfold, some questions are being answered while others are now being raised. One important concern revolves around how a departure from the European Union may impact the economy of London. Considering that this city is one of the major metropolitan powerhouses of the modern world, it only makes sense that investors are somewhat concerned. Can we draw any early predictions and how do some of the experts feel?

The London employment sector is most likely to feel the impact of the Brexit. A study which came to light in December 2017 observed that as many as 10,500 jobs could be shed “on the first day” following Brexit. While this is slightly down from previous figures, experts also point out that front office positions could be just as affected as back office roles. It is likely that many of these jobs will be outsourced to major urban center’s throughout Europe (although the extent is still debatable).

The London housing market (and markets throughout the United Kingdom) will likely take a hit as a result of the Brexit. Many analysts have actually predicted this for some time and yet, a departure from the European Union seems to be fuelling a negative outlook. Analysts fear that prices could stall entirely or they could remain slightly below inflationary rates. Although this may be bad for developers, the fact of the matter is that the average consumer might benefit from a more budget-friendly marketplace. However, issues such as a lack of newly built office space will weigh heavily upon budding urban businesses.

A cultural and financial centre?

From a broader point of view, we also have to wonder whether or not London will remain a cultural and fiscal hub. Naturally, many firms have ties to powerful European counterparts. Perhaps more worrying is that one-fifth of the 500 largest companies within Europe are headquartered out of the city. Will regulations and inter-border nuances cause these corporations to seek life on greener pastures? If several major firms begin an exodus, will others follow their lead and cause a domino effect? The answers to these questions have yet to be fully realised and yet, there is a growing concern that such movements could spell trouble down the line.

A close eye on future developments

We can therefore appreciate why financial traders are eyeing London with a bit of scrutiny. The main issue is that we are presently in what can only be called uncharted territory. To put this observation another way, all bets are off until more concrete decisions are made at the highest of levels. This is also why astute investors follow CMC Markets. The analysts at CMC Markets offer up-to-date insight when it first comes to light. Unpleasant surprises can be avoided and traders will have the ability to keep afloat when the Brexit waves reach the shores of the River Thames and beyond.