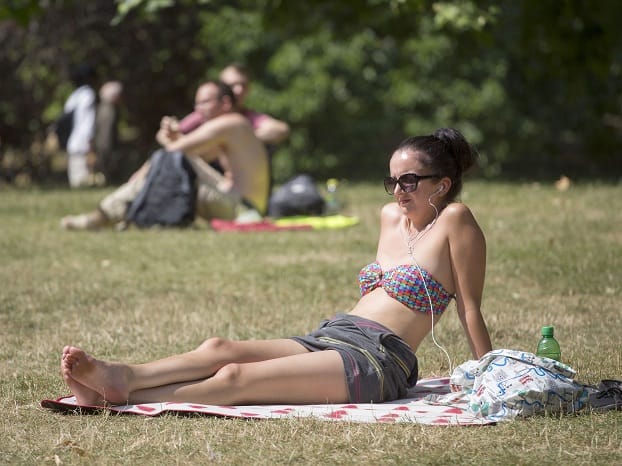 Heatwave or showers? Here’s the prediction for August

Brits are sweltering in the latest blast of heatwave, with warnings continuing that the mercury could hit 35C today and hit 37C tomorrow. Mayor Sadiq Khan has also warned about the “high” air pollution in London.

The Met Office has issued a yellow weather warning for southeastern, northern and eastern parts of England, cautioning against torrential downpours, hail and strong gusts on Friday afternoon and evening.

Reports also suggest that the heatwave is set to continue next month and August can be hotter and drier than average.

Too far ahead to be certain but the latest GFS model is going for some serious heat early August.

UK’s heatwave has turned green grass brown and prompted a warning from the government for people to keep out of the sun. Farmers have also warned of possible food shortages later this year.