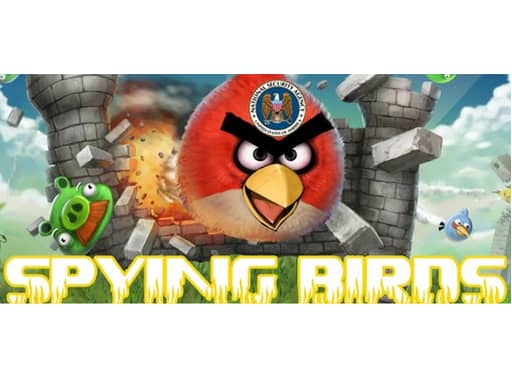 The Angry Birds website was hacked into yesterday and rebranded as “Spying Birds” after reports broke this week that the US and UK governments may have used the app to spy on users’ personal data.

The hackers stuck a National Security Agency logo on the head of the main character features and changed the logo to read “Spying Birds” (see image above).

The spying claims derive from an NSA document leaked by Edward Snowden, made public this week.

Angry Birds developer Rovio has confirmed its site was hacked, but said no user data was compromised in the attack.

“The end user data was in no risk at any point. Due to how the internet name resolution works, for most areas it was not visible at all, but some areas take time for the correct information to be updated.

“This attack looks to be similar to the New York Times attacks from last year.”

Rovio has denied claims that it passes data onto the US and UK governments, saying it does not “share data, collaborate or collude” with spy agencies.