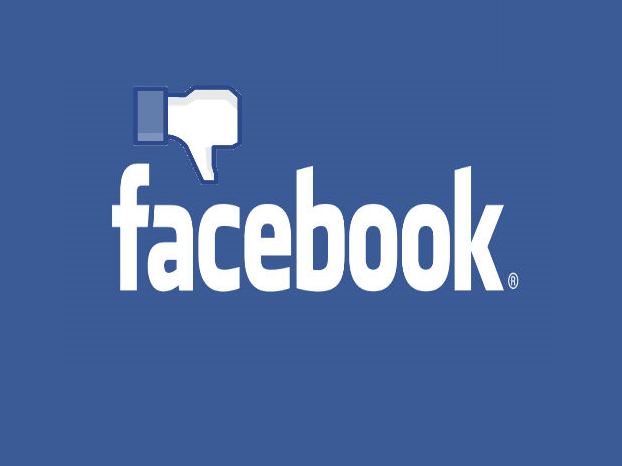 The anti-social elements of the world’s largest social network

Facebook’s disastrous IPO this summer gave us a new adjective to describe financial cock-ups. As the social network’s stocks plummeted, Facebook founder Mark Zuckerberg flew to Italy for his honeymoon leaving behind investors pulling their hair out.

Over the next few months, Zuckerberg played it cool and boasted the many stars Facebook has on its wall.. er.. “Timeline” of fame. Just last week, he announced that the social network has reached the one billion user mark and its own Facebook page has got over 78 million likes.

No? Read about some of Facebook’s “Zuck ups” and think again.

1. HQ in Ireland to avoid tax

From Apple to Starbucks, big corps are known to turn Scrooge McDucks when it comes to paying taxes – why would Facebook be any different?

“Facebook is ripping off the UK, and the public are paying the price. Facebook’s tax dodging is totally unacceptable and is a new low for the industry. The government must take action so that this country has a fair tax system ensuring that hugely profitable companies like Facebook pay the right amount of tax,” a spokesman said.

If twitchy tech bloggers are to be believed then Facebook has close ties with the Central Intelligence Agency (CIA) and the US department of Defence.

And the link between the world’s largest social network and US authorities is…James Breyer, manager, Accel Partners, the venture capital firm behind Facebook’s $12.7m second round of funding.

Before his stint with Accel Partners, Breyer was chairman of the National Venture Capital Association where he worked with Gilman Louie, CEO of In-Q-Tel, a venture capital firm.

Known for its expertise in “data mining technologies”, In-Q-Tel was launched by none other than the CIA in 1999.

Breyer and Louise were joined by Dr Anita Jones, ex-director of defence research and engineering for the US Department of Defence.

We leave it up you whether to don your tinfoil hat regarding Facebook data privacy. This video may help you make your mind up.

3. How Facebook poked Google by trying to plant negative stories

What better way to look good than make rivals look bad? That’s exactly what Facebook did with Google was launching its own social network Google Plus. Last year, Burson-Marsteller was secretly hired by Facebook to anonymously plant negative stories about Google’s privacy policy.

But a chain of leaked emails exposed the smear campaign leaving both Facebook and Burson-Marsteller red-faced. With nowhere to hide, both companies owned up to their sneaky tactics and got a media bashing. While Facebook was branded the “anti-social network”, Burson-Marsteller’s former UK chairman called the PR executives involved “shadowy, backstreet spin merchants”.

Oh, but don’t feel too bad for Google, here’s eight reasons why you should fear it.

Advertising honcho and WPP boss Sir Martin Sorrell has always spoken very frankly about his “fundamental doubts” about commercial advertising on social networks. He said that, be it Facebook or Twitter, social networks would never be “in the right context” for advertising as they interrupted informal conversations.

And his hunch came true this year when General Motors put the brakes on its $10m (£6.3m) paid advertising on Facebook, just days before the social network’s IPO. A GM official told the Wall Street Journal that adverts on the site had little impact on consumers’ car purchases.

And there’s more evidence that GM was right in doing so. According to an Associated Press-CNBC poll, more than 50% of Facebook users say they never click on Facebook’s sponsored ads. Also, only 12% of respondents say they feel comfortable making purchases over Facebook. How many likes for Facebook for business then?

Chances are you’ve seen Facebook posts like “OMG! Now you can really see who viewed your profile” or “LOL! I am laughing so hard at this picture of you someone found”. Click on these links and bam! you end up posting spam on each and every person on your friend list, from your boss to your mum. Embarrassed to bits, all you can do is post a status message apologising.

Alright, spam scams are difficult to stop but surely the world’s largest social network should come with more security. May be its new engineering office in London can help?

Did Facebook fudge its user numbers and profits ahead of its IPO? Did certain privileged customers receive information about the IPO that the regular bloke did not get?

Soon after the IPO, Facebook and its Wall Street advisers Morgan Stanley and Goldman Sachs were sued for making “untrue statements” about its financial health.

Facebook defended itself saying: “We believe the lawsuit is without merit and will defend ourselves vigorously.”

We will watch the court case with fascination.

Did you know that all Europeans have a right to ask Facebook about what it knows about them?

That’s because Facebook is based in Dublin, Ireland where the laws facilitate “right to access.” Using his right, Austrian student Max Schrems wrote to the social network to get data about him. After a bit of nagging, Facebook sent Schrems a CD with, wait for it, 1222 PDF files.

What did they include? “A list of everyone he had ever friended and de-friended, every event he had ever been invited to (and how he responded), a history of every “poke” he had ever received, a record of who else signed onto Facebook on the same computers as him, email addresses that he hadn’t provided for himself (but that must have been culled from his friends’ contact lists) and all of his past messages and chats, including some with the notation “deleted.’”

Since the data supplied was incomplete, Schrems filed complaints with the Irish Data Protection Agency, accusing F
acebook of “retaining data users had tried to delete.” After a media storm, the social network refused to answer any questions about his data citing the data is a “confidential business matter”.

So essentially, Facebook says that a user’s data is the social networks intellectual property? Not fair.