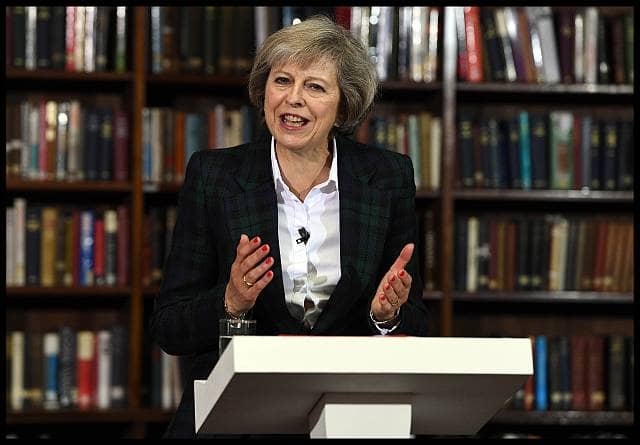 Girl power: Britain to get first female PM since Thatcher

Andrea Leadsom or Theresa May – who should be Britain’s next PM?

Theresa May and Andrea Leadsom are the last two women standing to become the leader of the Conservative Party as Michael Gove was eliminated from the battle to be Britain’s next prime minister.

While May secured 199 votes, Leadsom received 84 votes. Gove bowed out of the race after grabbing only 46 votes.

Following the announcements, May said she was “delighted” to receive support from members of the Tory party.

She said: “This vote shows the Tory party can come together and unite, and under my leadership it will.

“We need strong, proven leadership to negotiate the best deal for Britain as we leave the European Union, to unite our party and our country and to make Britain a country that works not for a privileged few but for every one of us.”

Leadsom said she was “very grateful” to her team and “feeling very positive” about the future.

She said: “My commiserations to Michael [Gove] but I’m absolutely delighted with the results.

“The great news is we have an all-female shortlist with no positive discrimination or anything, isn’t that fantastic?”

After the vote, former London mayor whose backing Leadsom to win the race, said: “For the second time in history the Conservatives will have a female prime minster, proving that we are the not just the greatest but the most progressive party in Britain.

“I want to offer particular congratulations to Andrea Leadsom on her stunning achievement. She is now well placed to win and replace the absurd gloom in some quarters with a positive, confident and optimistic approach, not just to Europe, but to government all round.”