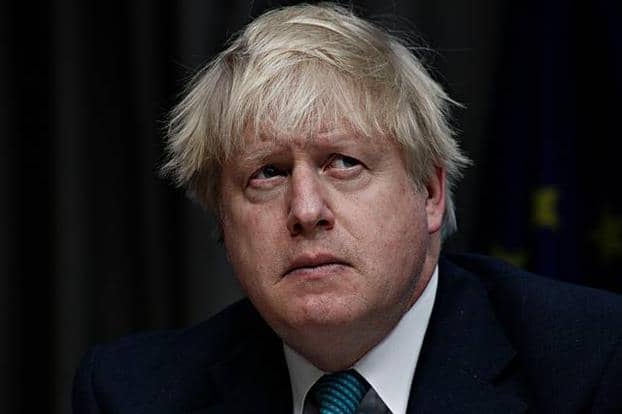 Johnson took to Twitter and wrote, “Racist thuggery has no place on our streets.

“Anyone attacking the police will be met with full force of the law.

“These marches & protests have been subverted by violence and breach current guidelines.

“Racism has no part in the UK and we must work together to make that a reality.”

Patel said, “We have seen a small minority behave in extreme thuggery and violent behaviour today.

“That is simply unacceptable and the individuals that are basically putting the safety of our police officers and the safety of the public at risk will expect to face the full force of the law.

“We have seen some shameful scenes today, including the desecration of PCKeith Palmer’s memorial in Parliament, in Westminster Square, and quite frankly that is shameful, that is absolutely appalling and shameful.”

MP Tobias Ellwood who is a former British Army officer went to the aid of our hero PC Palmer, he tried to save his life with police medics and London Ambulance Service, but he sadly died.

Elwood for Bournemouth East, and Chairman of the Defence Select Committee, tweeted a picture of the man and wrote, “Absolute shame on this man.

“Of all the images to emerge over these few testing days I find this one of most abhorrent.

PC Palmer who heroically did his job above and beyond his duty was posthumously awarded the George Medal for bravery that “unquestionably saved lives.”