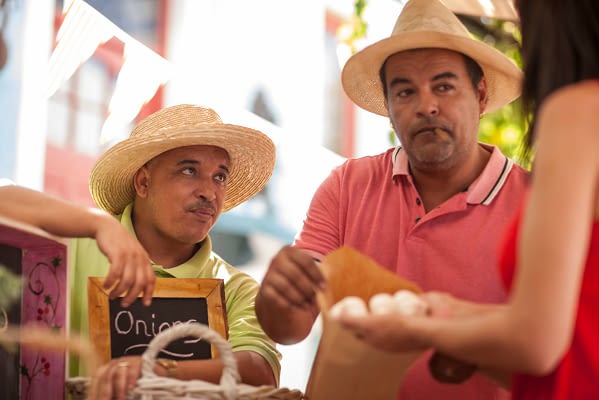 The end of the furlough scheme coincides with the withdrawal of the small employer Sick Pay Rebate and the end of the Apprenticeship Incentive – meaning that small employers could find their operating environment becoming less hospitable as of 1 October.

The Coronavirus Job Retention Scheme provided 60% of the wages of furloughed staff up until the end of September, with around a fifth of employees in businesses with 2 to 4 employees still on full or partial furlough in early September, according to HMRC. Small businesses have been far heavier users of furlough than large firms, reflecting the disproportionate impact of the pandemic and restrictions on smaller firms – and the gap has grown as the scheme has neared its end.

The Government has not published statistics yet on the usage of the Coronavirus Statutory Sick Pay Rebate Scheme; however, we believe it is likely to be in the hundreds of thousands. Alongside testing and vaccinations, the SSP rebate gives confidence that employers can afford the bill when staff fall sick or are told to self-isolate.

Meanwhile, the Apprenticeship Incentive, offering £3,000 to businesses in England which took on an apprentice, also runs out today. This follows a fall in the most recent apprenticeship numbers. The New Enterprise Allowance scheme should be expanded into a Kickstart Start-Up scheme, offering unemployed people mentoring, weekly payments, and other support to help them launch their own businesses.

In addition, the VAT rate for hospitality and tourism businesses will rise to 12.5% from 5% as of 1 October.

The restrictions on the issuing of winding-up petitions, a common trigger for corporate insolvencies, also expire today – although the threshold for the debt that a company must owe to its creditors before a WUP can be issued against it has been raised to £10,000, from its pre-pandemic level of £750, until 31 March 2022. Creditors will also be required to give debtor companies 21 days to respond to a WUP with payment proposals during this period.

Mike Cherry, National Chair of the Federation of Small Businesses (FSB), said, “For many small businesses, the end of September will mark a significant turning point. With challenges on many fronts, from rising energy and input costs to staff shortages and supply issues, the removal of some of the support measures brought in to hold off the worst effects of the pandemic on businesses will be tough for many to navigate.

“It’s potentially a dangerous moment. As the weather turns colder, so too will the operating environment for many firms. With recent economic growth numbers having fallen below expectations, the upcoming festive season may not provide as much of a boost as hoped to many small businesses’ bottom lines.

“We all know that the unprecedented support to businesses and individuals which the Government provided to forestall a full-on economic collapse could not last forever, and that some sort of ‘business as usual’ would need to be resumed. But the Government needs to think carefully about the signals it wants to send to the business community. The memory of how National Insurance and dividend tax rises were pushed through Parliament with no time for proper scrutiny is fresh in every business owner’s mind, and has dealt a significant blow to stores of goodwill.  The prospect of huge jobs tax increases now hitting in April will lead to an extra 50,000 people joining the unemployment line.

“The skills shortages in many sectors are continuing to bite – not least in tourism and hospitality, which will have to factor in a higher rate of VAT as of tomorrow. Ending the Apprenticeship Incentive sends exactly the wrong signals to the business community about the Government’s commitment to training and skills development.

“If anything, we need even more apprenticeships in small businesses as we come out of the pandemic. Add in the rumoured axeing of the New Enterprise Allowance, and the implied message about the value placed on nurturing entrepreneurship is equally bleak. It seems bizarre that at a time when we should be starting the long road to recovery, the Government is making employment more expensive, making it harder to start a new business, and making apprenticeships less attractive and accessible.

“The easing of restrictions on winding-up petitions is thankfully unlikely to lead to a flood of corporate insolvencies, due to the mitigation policies in place until next March. However, it is still a potential wake-up call to businesses struggling with debts, and we hope that creditors of all kinds will show forbearance wherever possible.

“Firms feel assailed on all sides, from energy prices and fuel shortages to longer-term changes to taxes which will disincentivise growth and investment.  Small businesses need to feel the Government is on their side; however, recent decisions made have not had their interests at heart. They will be looking to the Conservative Conference and later to the Budget for signs of positive support, rather than closing schemes and hiking taxes. Increasing the Employment Allowance, and rejuvenating the New Enterprise Allowance, would be good places to start.”