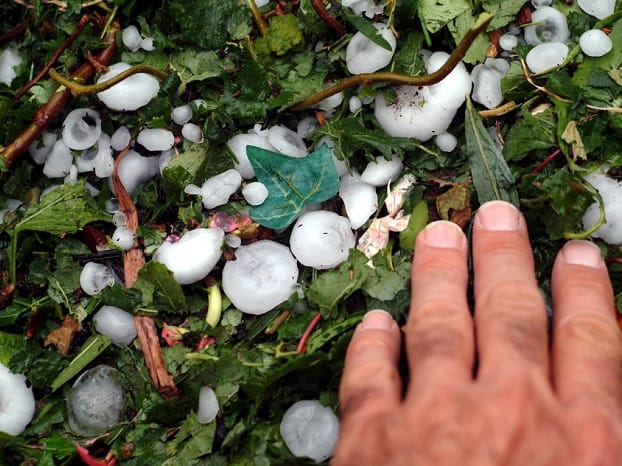 The pictures and videos are verging on unbelievable – hailstones bigger than golfballs plummet down from the sky, making holes clean through car windscreens and causing damage to buildings, windows, solar panels and other constructions.

The freak hailstorm that hit Germany at the end of July – July, of all months – causing damage in the north and south.

But the trouble hasn’t melted away quite yet – insurers are now facing quite the chill from the wicked weather wonder. Swiss Re estimated yesterday that the insurance industry will face between $2bn and $2.7bn in losses as a result of Germany’s freak hailstorm.

Swiss Re is expecting its own claims burden to be around $240m.

Swiss Re’s bulletin explained that“unusually strong hail storms throughout Germany in July of this year caused significant hail losses in the country. A first hail storm affected the areas around Hannover and Wolfsburg on 27 July.

“It is expected that these hail storms will generate approximately $240 million in claims for Swiss Re, net of retrocession and before tax.”

Check out the size of those hailstones in this home-made video:

More news from us: