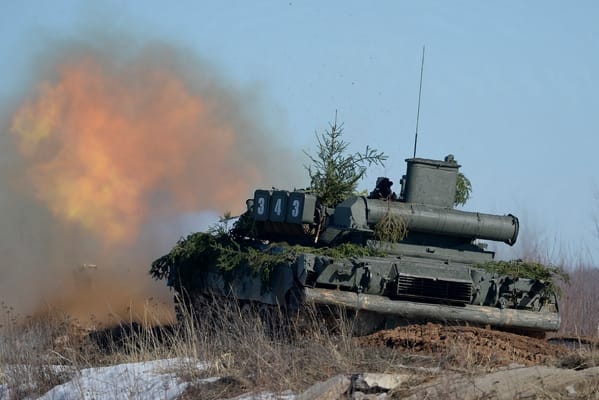 British Foreign Secretary Liz Truss is in Kyiv on Thursday and was told during a press conference that Russian tanks open fire in eastern Ukraine.

Ukraine’s Foreign Minister Dmytro Kuleba told Truss that a tank operated by Russia-backed separatists had officially fired the first round in the east of the country.

Kuleba said, “These shells came from the temporarily occupied territories of Ukraine, which are controlled by Russia.”

Russia is “clearly the aggressor” in the reported shelling of a kindergarten and the blowing up of homes in the town of Vrubivka, in the Luhansk region of Ukraine the Foreign Secretary has said.

“There’s your pretence for invasion.”

“There are no such accidents – this is clearly coordinated actions,” he added.

In another tweet he posted a video and said, “On the northern outskirts of Donetsk there is a full-fledged battle.”

Truss told reporters, “We have been warning about the likelihood of a false flag operation and that is what we are seeing taking place.

“We are very clear the aggressor in this situation is Russia.

She added, “the UK stood “shoulder to shoulder” with Ukraine in the face of the continuing Russian military build-up.

In her keynote speech, she told the conference there is still time for Moscow to “step back from the brink” and walk down the path of diplomacy.

“But we are very clear, if they decide to continue down the path of aggression, there will be massive consequences bringing Russia severe economic costs and pariah status.”