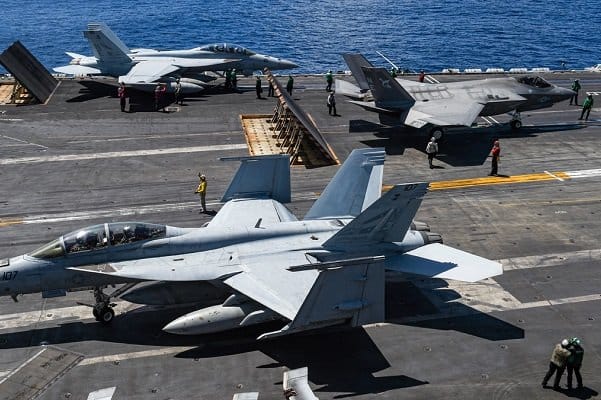 The live fire military exercises around Taiwan by China is a “significant escalation” and an expert has warned that China’s willingness to use force is underestimated by many Western countries.

Assessments by the US officials over the years suggests that the Chinese military “lacks the capacity to execute a large-scale assault on Taiwan.”

But Oriana Skylar Mastro, a fellow at Stanford University’s Freeman Spogli Institute for International Studies, warns that China “could do it.”

Speaking to the New York Times she said, “When people talk about whether or not China can or cannot do it, they’re actually talking about something different, the level of operational cost – the loss of ships, casualties that China would have to pay to do it.

“They could do it.

“It’s just that given Taiwan’s defenses and given if the United States is able to come to Taiwan’s aid, how much of a blood battle is this going to be?”

Journalist James Chater from TaiwanPlus, Taiwan’s first English-language international broadcaster warned that this is a “significant escalation” by China.

Chater warned, “That marks a significant escalation from any of the kind of grey zone warfare that we typically see from China targeted towards Taiwan on an almost daily basis.

“There’s one important thing I would point out from the emergency press conference held by the Taiwanese defence ministry which is that Taiwan said that China engaging in these live-fire drills is damaging regional security and also damaging the status quo.

“That’s important because in the lead up to this potential trip, even when this trip wasn’t confirmed, the US and China were essentially trading accusations that the potential trip of Pelosi was a violation of the existing framework in which the US and Taiwan had typically engaged.

“But now Taiwan is coming out and saying that these live-fire drills do constitute an escalation.”