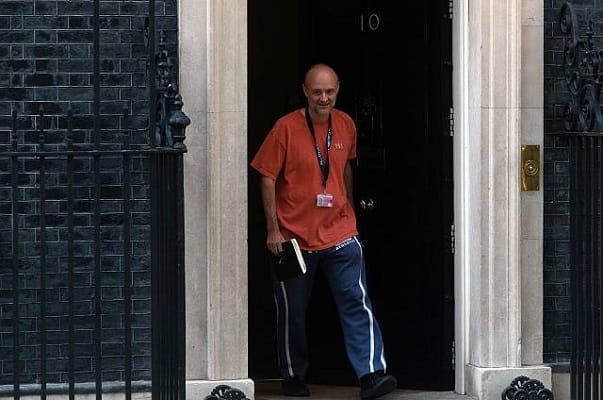 Durham Police have confirmed on Thursday that Dominic Cummings did make a “minor breach,” but they will take no further action.

Durham Police investigated Cummings and found that he did break the lockdown rules when he visited Barnard Castle.

Cummings said on Sunday that he drove for 30 minutes to Barnard Castle with his wife, Mary and their four-year-old son, to the beauty spot to test his eyesight.

A former Greater Manchester Police chief constable Sir Peter Fahy told BBC Radio 4’s Today programme that Mr Cummings’ trip to Barnard Castle, “certainly appears to be against the Highway Code – it’s not the way to test your eyesight, and put potentially other people in danger.”

A lawyer has warned that there could now be endless debates in courts across the UK with members of the public using the “Cummings Defence.”

The Prime Ministers chief advisor did commit a “minor breach” of the lockdown rules on 12 April, but he will not be prosecuted, the Daily Telegraph reports.

Despite Durham Police saying that Cummings did make a “minor breach” of the lockdown rules, it seems that Downing Street are trying to cover this up, as they said that he “did not breach the regulations.”

A Number 10 spokesman said, “The police have made clear they are taking no action against Mr Cummings over his self-isolation and that going to Durham did not breach the regulations.”

The Police Force said, “it would not be taking any further action against Mr Cummings.

“Had a Durham Constabulary police officer stopped Mr Cummings driving to or from Barnard Castle, the officer would have spoken to him, and, having established the facts, likely advised Mr Cummings to return to the address in Durham, providing advice on the dangers of travelling during the pandemic crisis.

“Had this advice been accepted by Mr Cummings, no enforcement action would have been taken.

“In line with Durham Constabulary’s general approach throughout the pandemic, there is no intention to take retrospective action in respect of the Barnard Castle incident since this would amount to treating Mr Cummings differently from other members of the public.

“Durham Constabulary has not taken retrospective action against any other person.”

Johnson told the Liaison Committee on Wednesday, “It’s been a very, very frustrating episode and I understand why people … have been so concerned, because this country is going through a horrendously difficult time.

Cummings said on Sunday, that he was worried that “this situation would get worse” and “I was worried about the possibility of leaving my wife and child at home all day and often into the night while I worked in Number 10.

“I thought the best thing to do in all the circumstances was to drive to an isolated cottage on my father’s farm.”

Bernie Ecclestone charged with fraud for failing to declare to...