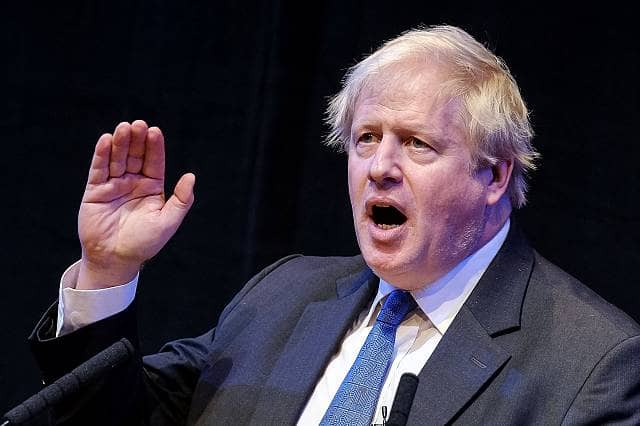 Downing Street has threatened the scrap the BBC’s TV licence fee and turn it into a subscription service.

A senior source told The Sunday Times the broadcaster could be forced to sell off many radio stations in what will be a “massive pruning back” of its activities.

The newspaper said stars will be banned from cashing in on well paid second jobs and Boris Johnson’s aides have suggested they should be forced to donate the money to charity.

A source told the newspaper, “It’s an outrage that people who make their profile at public expense should seek to give themselves further financial rewards and personal gain.

“They’re basically making their names on the taxpayer and cashing in. The BBC should immediately halt this practice and give the money to good causes.”

The review will be led by former culture secretary John Whittingdale, who has been reappointed to his old department by Johnson’s reshuffle last week.

The Sunday Times quoted one source as saying, “We are not bluffing on the licence fee. We are having a consultation and we will whack it. It has got to be a subscription model.

“They’ve got hundreds of radio stations, they’ve got all these TV stations and a massive website. The whole thing needs massive pruning back.

“They should have a few TV stations, a couple of radio stations and massively curtailed online presence and put more money and effort into the World Service which is part of its core job.

“The PM is firmly of the view that there needs to be serious reform. He is really strident on this.”

The threat to scrap the licence fee is further escalation of hostilities between No.10 and the BBC as many Tories are still angry over the corporations coverage of the 2019 general election.