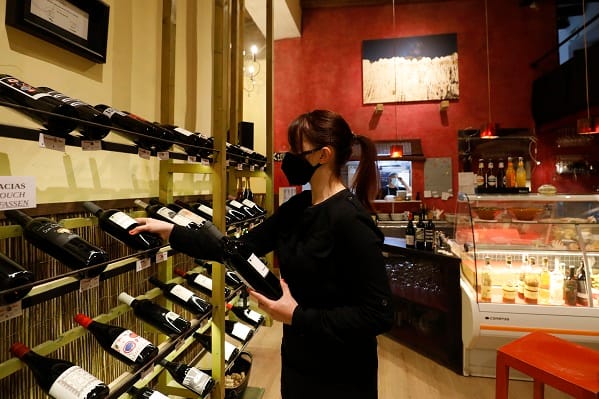 UK investors are investing in alternative assets like wine, whisky and art

New research from global fine wine merchant Bordeaux Index reveals that young UK investors are turning to fine wine as a way to grow significant wealth, as part of their post-pandemic investment strategy.

Almost three in four (73 per cent) of those under 25 who invest in the liquid asset say they spend up to £20,000 per year on fine wine. A significant minority (7 per cent) say they spend between £50,000-£500,000, demonstrating a clear trend for a higher proportion of wealthier investors to have wine portfolios.

The poll of 2,000 UK investors revealed that almost half (46 per cent) of those questioned have already invested in alternative investments including fine wine, whisky, art and crypto. This rises to 62 per cent for investors under 25, dropping to under a quarter for older investors over 65 (24 per cent).

On the back of increased interest in wine following the pandemic, sales at global fine wine and spirits trader Bordeaux Index have increased by 44 per cent YoY. This upward trend is also present on the company’s trading platform, LiveTrade, which allows customers to trade their liquid assets. It has seen an uptick of new accounts 50 per cent YoY.

There are a number of reasons why wine has become a popular option for investors:

Two in five (39 per cent) say they invest in fine wine due to its accessible entry point compared to other alternative assets
A passion for the subject matter helps; around a third (35 per cent of younger investors, 29 per cent of older) said their investments were linked to a personal interest in wine
For younger investors under 25, 55 per cent say they think wine investment offers long term stability, almost a third (30 per cent) believe that fine wine is a great way to diversify their portfolio, while 29 per cent say they chose it due to past disappointment with returns received from more traditional investments within the stock market
However, the older investors have their eye on enjoying the prize as well as making money; a third (32 per cent) of over 65s say they are focusing on wine to enjoy in their retirement

Whilst Bordeaux wines remain a favourite stable investment for the majority (48 per cent), alongside Burgundy and Champagne (both 42 per cent), investors have also been branching out in particular into Italian wines (41 per cent) given their increased global prominence; indeed, they now register with almost the same popularity as the more established investment regions. English wines are also whetting an investment appetite amongst younger investors, with almost half (47 per cent) saying they’re of interest.

However, investing is not worry-free; inflation (59 per cent), Covid variants (56 per cent), Brexit (55 per cent), the impact of climate change (48 per cent) and a lack of portfolio diversification (35 per cent) are all giving investors reason for concern over the next six months.

But despite this, Gen Z investors are positive; almost half (49 per cent) feel confident that fine wine’s resilience makes it a good investment in times of crisis. Further, more than half (53 per cent) also believe that fine wine investments offer low volatility and healthy returns.

“For those worried about what 2022 may bring to their investments, wine’s clear capital preservation across the pandemic and its outperformance in 2021 (+19 per cent vs. +14 per cent for UK equities) is clearly very encouraging. Given its accessible entry point, history of alignment with inflation, and long-term track record of outperforming equities, it is unsurprising that investors, particularly those in the younger generations who have the thirst to look away from very traditional assets, are turning their focus to wine.”