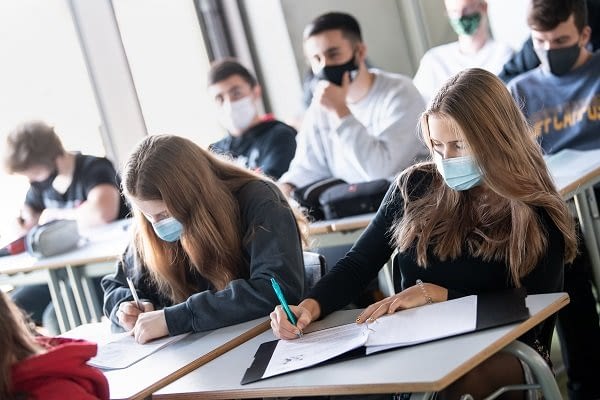 The government are looking into cutting the self-isolation period from seven to five days in an attempt reduce pressures on the workforce and to keep schools running.

The Prime Miniser is considering advice to make the changes for those who are fully vaccinated, but they “will act according to the science.”

Speaking to broadcasters during a visit to a vaccination clinic in Uxbridge today, Boris Johnson said, “The thing to do is to look at the science. We are looking at that and we will act according to the science.”

This change would help the NHS, supply chains and schools as it will help to ease absences within the critical services.

The Education Secretary Nadhim Zahawi told Sky News Trevor Phillips on Sunday that cutting the time to five days in the UK “would certainly help mitigate some of the pressures on schools, on critical workforce and others.

“But I would absolutely be driven by advice from the experts, the scientists, on whether we should move to five days from seven days.

“What you don’t want is to create the wrong outcome by higher levels of infection.”

He added, “I hope we will be one of the first major economies to demonstrate to the world how you transition from pandemic to endemic, and then deal with this however long it remains with us, whether that’s five, six, seven, 10-years.”

A Downing Street’s official spokesman said after Boris Johnson’s comments, “You’ll appreciate Omicron being a relatively new variant, we get more information fairly regularly so you can expect certainly UKHSA (UK Health Security Agency) to lead that work, working with the Covid taskforce which is based in the Cabinet Office, will continue to look at the evidence for what is the right period of isolation.”

He said, “Of course, as the Prime Minister said, if it is possible to go further then we will do so.”

He added, “If it is possible to go further, we’d want to act quickly but it needs to be based on the latest evidence and that work is still ongoing.