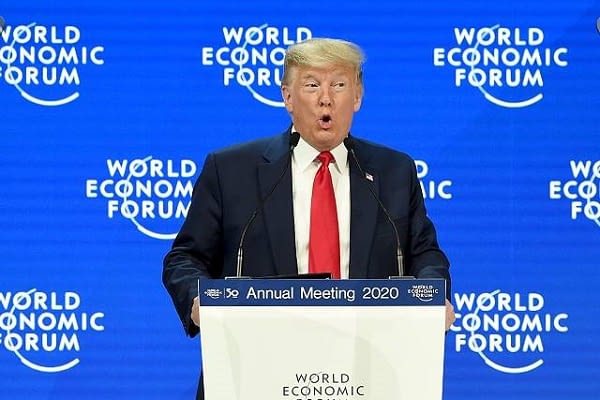 Confusion in markets as Trump declares himself winner of US election

Trump declaring that he has won without all the votes being counted caused turbulence on the markets,” says Russ Mould, investment director at AJ Bell.

“While perhaps characteristic of Trump’s typical behaviour, it wasn’t what the markets were expecting and so we’re experiencing wild swings in asset pricing.

“Chaos is the last thing people want, particularly when coronavirus is causing so much disruption to the world. We’re now facing the prospect of volatile markets for days or potentially weeks until the election is sorted out.

“Trump’s actions raise the chances of the election result being fought out in the Supreme Court, thus prolonging the outcome, and causing more uncertainty which markets hate.

“Leading up to election day markets had been pricing in a Biden clear sweep, with the dollar falling on expectations of very large fiscal stimulus. Even if Biden does win the presidential election, a scenario with the Republicans in charge of the Senate could mean delays to the stimulus bill and for it to be much smaller in size than if the Democrats had a majority position.

“Notably building products firm CRH, an expected beneficiary of infrastructure spending across the Atlantic, was lower in early trading in London.

“The dollar has subsequently bounced back to reflect the potential change in the outcome of the election. A stronger dollar versus the pound is good for the large number of stocks in the FTSE 100 which have overseas earnings, thus explaining why the UK index has emerged relatively unscathed from the election updates. It fell at the market open but quickly recovered to trade almost flat at 5,780.

“US Treasury yields had previously been moving higher on expectations of big US government spending but they’ve subsequently reversed direction as the voting results come in, with the 10-year bonds falling from 0.94% to below 0.8% which is a significant movement.

“Pre-market indicative prices suggest the tech-heavy Nasdaq index will open 2.4% higher and the S&P 500 up 0.5%. Biden was arguably negative for tech stocks on the grounds that he might begin more strenuous antitrust reviews and potentially increase their tax bills.”