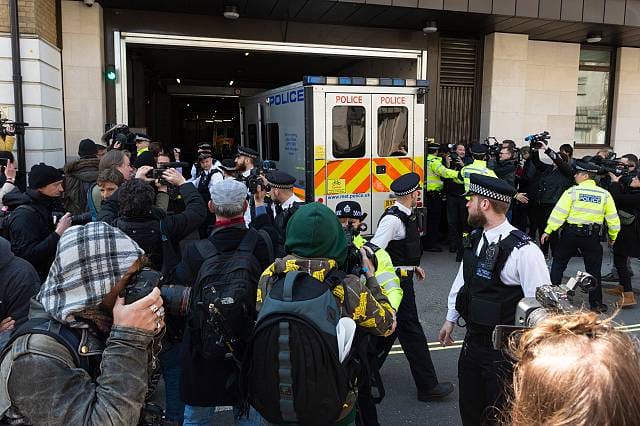 Christine Assange the mother of Julian Assange has slammed Theresa May and Ecuador’s president, and District Judge Michael Snow for branding her son a “narcissist.”

She has pledged to “fight like hell” and accused the British prime minister of, “trying to divert attention away from her Brexit dog’s breakfast by cheering on the thuggish, brutal, unlawful arrest of my courageous, tortured multi award-winning journalist son Julian!”

Christine addressed Lenin Moreno Ecuador’s president in a tweet, “Shame on you @Lenin #Moreno! May the Ecuadorean people seek vengeance upon you, you dirty, deceitful, rotten traitor!

“May the face of my suffering son haunt your sleepless nights.. And may your soul writhe forever in torturous Purgatory as you have tortured my beloved son!””

Judge Snow described Assange’s behaviour as “that of a narcissist who cannot get beyond his own selfish interests.”

Shockingly, Snow barked, and suggested Assange should “get over to the US” and “get on with your life.” However, Assange was in court to receive sentencing for breaching the Bail Act.

Assange’s mother tweeted, “UK judge should NOT be making statements like this! This is (a) rubbish Legal process!”

It appears that Ideal Flatmate has been instructed to list a room for rent at the Ecuadorian Embassy, due to an unexpected vacancy.

Their website says, Spanish speakers are preferred, no cats and no internet allowed for just £1,928 per month.

Journalist Julian Assange has been imprisoned for uncovering ‘a truth...