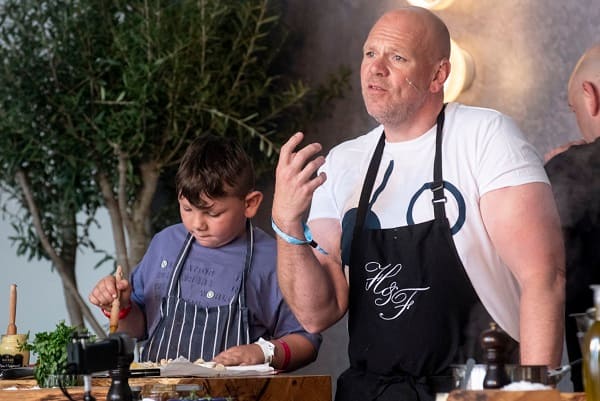 A celebrity chef has said on Friday that his annual energy bill at his pub in Marlow has now risen from £60,000 to £420,000 and he is calling for “some form of energy price cap” for businesses.

Tom Kerridge warned today that the “ludicrous” energy price hikes is leaving the hospitality sector facing a “terrifying landscape” and there will be thousands of closures in the coming months.

Speaking to the BBC Kerridge said that one of his pubs has a monthly electricity bill of £5,000 and he has been warned that this is set to increase to £35,000 when his contract ends this December.

Kerridge later told The Telegraph, “There’s no way that businesses are going to be able to absorb four, five, 600% price increases.”

The Michelin-starred chef owns three pubs which are all based in Marlow, and Kerridge said he is now looking to “shop around” for a better deal for his small chain.

The celebrity chef is calling on the government for “some form of energy price cap” for businesses, with a reduction in VAT not only for pubs but for all businesses.

Sacha Lord, Chair of the NTIA and Night Time Economy Advisor for Greater Manchester said this week, “The energy cost increases that businesses across the UK are experiencing are simply unsustainable.

“Without immediate intervention, I have no doubt that we will see the closure of thousands of venues across the UK, an outcome which will have dire consequences for our country’s economic growth.”

Basic rate of income tax to be cut and top...