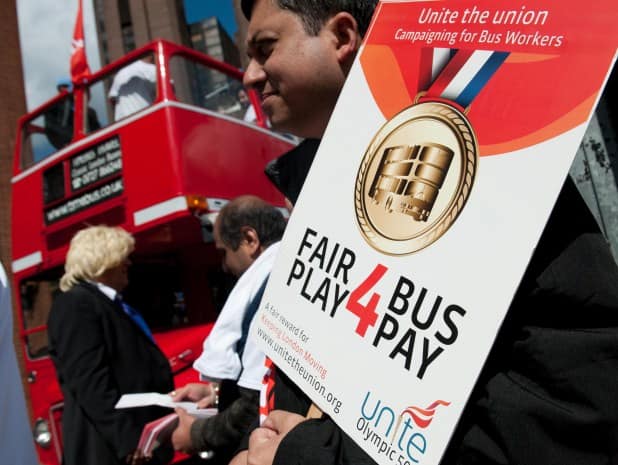 Bus strike in London on 5 July and 24 July

A 24-hour bus strike will hit the capital on Thursday 5 July and Tuesday 24 July.

Trade union Unite called for the strikes after bus drivers were refused a bonus for working during the Games. The union has warned that it’ll increase its bonus demand by £100 each time there is a strike.

The bonus demand has gone up from £500 to £600 after workers lost out on pay during last Friday’s strike.

Len McCluskey, Unite general secretary, said, “This is a straightforward dispute about fairness – giving hardworking bus workers the same bonus for facing challenges, that have already been awarded to other transport workers – and a fraction of the bonuses being paid to Transport for London (TfL) bosses.

“I say to Boris Johnson and the rest of the bus companies, sort it out or more strikes are inevitable.”

Buying and investing in London property – our ultimate e-guide