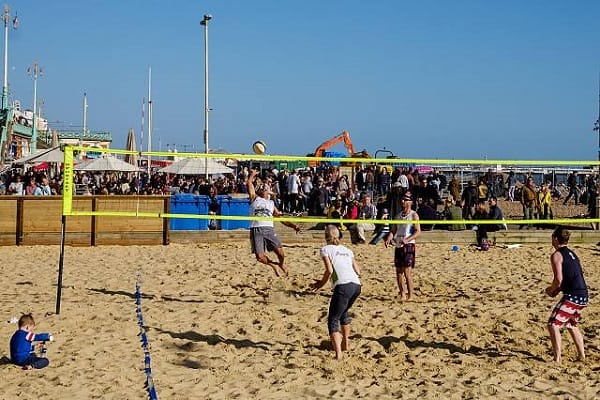 BBC weather forecaster has said that the weather this weekend is to warm up and will be “largely dry” with lengthy spells of sunshine on Sunday.

Met Office meteorologist, Aidan McGivern said, “With high pressure in charge as we start off Friday it’s going to be widely dry and bright.

On Saturday it will be a chilly start in the morning, but it will be a bright start to the weekend with “plenty of sunny skies,” McGiven said.

He added, “We will continue to see that weather throughout the day.

“Saturday, for the vast majority, is once again looking dry and bright.

“And similar temperatures to Friday, we’re talking about 13-16, or even could get a 17C in the far north of Scotland.”

BBC meteorologist Nick Miller said it will be a warm and sunny weekend for many Brits.

Miller told BBC viewers, “It is yet another cold frosty start this morning, with another fine day following, as high pressure remains in charge for most of us.

“Elsewhere, because of the high pressure, it will remain dry with a mix of cloudy and sunny weather.

“Eastern Scotland, England and Wales will have another cold frosty night going into the weekend.”

He added, “Overnight on Saturday, these areas will still have a widespread frost to come, similar to last night where temperatures dropped to -6C.

“Temperatures will mainly stay in the range of 10C to 14C on Saturday.

“On Sunday, the weather fronts do make some progress into Scotland and Northern Ireland, with more cloud around here and some greater chances of seeing outbreaks of rain, particularly the further west you are.

“Through central, eastern and southern parts of England, plenty of Sunday sunshine and without that northeasterly breeze hitting the north-east coast, temperatures will warmer here.

“Generally across England temperatures will be a little bit higher, up to 18C.”