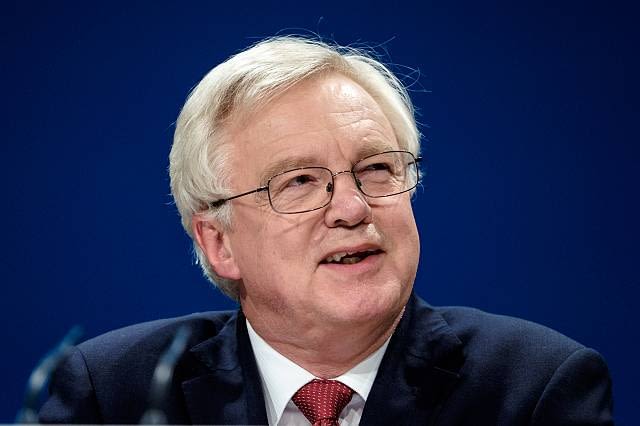 A day after Chancellor Philip Hammond said that he hoped Brexit would only result in the UK and EU moving “very modestly” apart in trade terms, it is understood that David Davis will today reassure Tory Eurosceptics that the UK will exercise its independence as soon as the country leaves the EU.

At a speech in Middlesbrough later today, the Brexit Secretary is expected to spell out the government’s aims for an “implementation period” after leaving the bloc in March 2019. Davis will reportedly claim that Britain will be able to negotiate deals as soon as it leaves the EU, even though it will still follow many of Brussels’ rule .

While speaking at the World Economic Forum yesterday, the Chancellor had said he hoped Britain would diverge from the EU only “very modestly” after Brexit. His remark attracted a furious backlash from cabinet members who accused the chancellor of putting the Tories on the “path to electoral ruin”.

Following this, health secretary Jeremy Hunt was seen defending Theresa May when he said that it was “absolutely wrong” to “use the word timid about this prime minister”.

Tory MP Jacob Rees-Mogg also condemned the withdrawal strategy as “timid and cowering and terrified of the future”. The leaders further said that “close alignment” with the EU after Brexit would be unacceptable.

[…] Information on that Topic: londonlovesbusiness.com/brexit-row-david-davis-to-set-out-eu-transition-plans/ […]