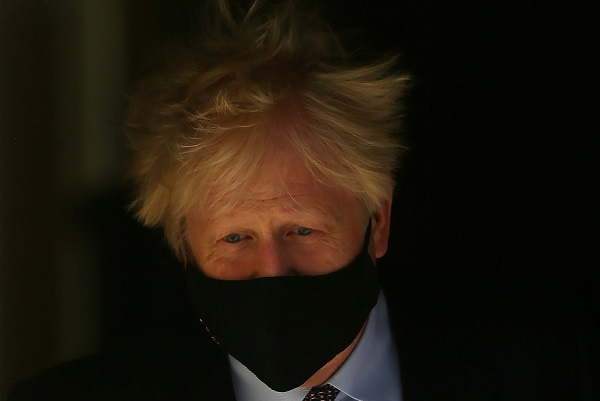 A former Tory Minister has urged the Prime Minister that he must ensure “all the dirty linen” is “washed at once” amid a series of allegations that Downing Street broke the law with lockdown parties.

Conservative former minister Sir Christopher Chope asked MPs in the House of Commons on Tuesday, “Why can’t all the dirty linen be washed at once? Why are we getting this drip, drip feed of parties?

“Surely the Civil Service must have known that there was a party on May 20 and they should have referred it already to the inquiry?”

Cabinet Office Minister Michael Ellis was sent out to respond on behalf of Boris Johnson and was relentlessly heckled by opposition, Ellis said, “We have a number of dates that have come out at different times and that will, presumably, have an effect of delaying matters.”

Ellis confirmed that the 20 May 2020 “bring your own booze” event, to which more than 100 staff were invited is being investigated.

Earlier, shouts of “Where is he?” in relation to Mr Johnson could be heard, with Speaker Sir Lindsay Hoyle saying: “It’s quite obvious it’s not the Prime Minister so we don’t need to keep asking that question.”

And he said of Mr Ellis: “He’s got the tough job as it is, don’t make it harder for him.”

Labour’s Richard Burgon told MPs in the Commons, “The unavoidable truth is that the public believe the Prime Minister is a liar who treats them with contempt, there’s a crisis of public confidence.

“Isn’t the only way to restore public confidence for the Prime Minister for once to act in the public interest and resign now?”

Ellis replied, “I don’t think the public believe what (he) believes.”

Theresa May’s former chief of staff Lord Barwell said, “Let me put this politely: it is not *entirely clear* why the Prime Minister needs to wait for Sue Gray’s report to find out if he went to a party in his own garden.”

The former Scottish Tory leader Baroness Davidson said, “Nobody needs an official to tell them if they were at a boozy shindig in their own garden.

“People are (rightly) furious. They sacrificed so much – visiting sick or grieving relatives, funerals.

“What tf were any of these people thinking?”

Barrister Adam Wagner, an expert on Covid regulations said, “Being outside the home was illegal at the time unless – the only potentially relevant exception – it was for the need to work. Socially distanced drinks and bring your own booze don’t sound like work.”