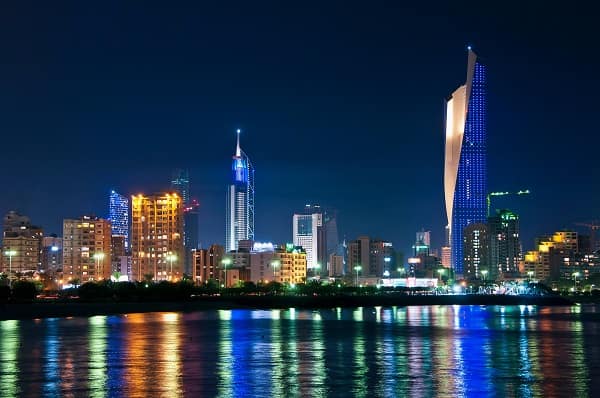 The Al Humaidi Family Kuwait is a prominent merchant and business dynasty in the Middle East. Headed by Dr Abdulla Al Humaidi who is known for founding the Kuwaiti European Holding (KEH) Group, the family’s international investment arm, in 2008. Over the years, Dr Al Humaidi has acted as the Chief Executive Officer (CEO), Chairman, and Vice-Chairman of several large companies in Kuwait, Saudi Arabia and, more recently, European countries including the United Kingdom (UK) and Ireland.

Throughout his career, Dr Al Humaidi has experienced huge success due to his ability to stay focused and ahead of key entrepreneurial trends. This has made the Al Humaidi Family Kuwait, which has been active in the country since the 1940s, a well-known force within the Kuwaiti market for its business prowess. Since the 1940s, the Al Humaidi Family Kuwait has built one of the country’s most successful business empires, and the family is working hard to establish itself on an international level through several notable investments and projects.

To have a career in business that is as successful as the Al Humaidi Family Kuwait’s, it is important to have a real passion for your work and entrepreneurship in general. This is because a career as a businessperson is often long, stressful, uncertain, and presents many attractive opportunities to give up and take an easier route in life. In the hypercompetitive world of business, a lack of passion for what you are doing will often lead to failure.

This raw passion is evident in the case of the Al Humaidi Family Kuwait’s business operations, particularly in the case of Dr Al Humaidi. Over the past 80-or-so years, the family has made it their mission to come up and with and develop new, innovative, and groundbreaking projects that make the world a better and more exciting place. These projects include real estate developments, entertainment parks, and investments in sports and entertainment teams. Through these varied efforts, the natural ebbs and flows of the business world have presented the Al Humaidi Family Kuwait with plenty of opportunities to count their chips and pack up, but they haven’t; they have instead persisted because they are passionate about what they do.

Today, the Al Humaidi Family Kuwait is most known for its international investment arm, KEH Group.

KEH Group was founded by Dr Al Humaidi in 2008 and has grown rapidly under his and the Al Humaidi Family Kuwait’s expert guidance. In 2016, UK banker Humphrey Percy was appointed as KEH Group’s CEO.

Since Percy’s appointment, KEH Group’s UK portfolio and profit margins have grown quickly. This is thanks to a series of investments, including those into Armila Capital Limited and London Resort Company Holdings (LRCH). The former is a real estate management company, and the former has an extensive portfolio of properties in the entertainment industry. Both companies are based within the UK and generate the Al Humaidi Family Kuwait.

Other ventures of KEH Group include:

The Al Humaidi Family Kuwait’s knack and passion for entrepreneurship are perhaps best illustrated by its key projects and investments. Let’s take a look at some of these that fall under the umbrella of KEH Group.

The Al Humaidi Family Kuwait’s most recent and arguably most ambitious project is one that has been described as the UK’s answer to Disneyland, the ‘London Resort’. This is a US$3.6 billion project that aims to build a huge theme park and entertainment venue just a short 17-minute train ride from London in the county of Kent.

Expected to be one of the UK’s largest employers once the project is complete, the London Resort will contribute massively to the UK economy. Independent research says that the resort will generate:

When the Al Humaidi Family Kuwait’s London Resort is complete, guests will be able to access over 430 hectares of entertainment space. Based on existing information, it is thought that this will consist of a central plaza, a shopping village, and six themed areas with rides, attractions, and shows. There will also be a business and conferencing centre.

“We are creating a first-class theme park. A destination that maximises all the new, immersive, and interactive technologies and experiences in the world,” said PY Gerbeau, chief executive of LRCH, in a statement.

KEH Group is hopeful that if the relevant planning permission is granted soon, the resort will be open and operational by the end of 2024.

The ‘Aqueous Resort’ in Egypt is the second of KEH Group’s ongoing entertainment developments. The vision for the resort is an ambitious one, positioned as a luxury destination for tourists and residents alike.

Plans for the Aqueous Resort include several buildings that will bring together residential and commercial spaces with the region’s natural and dramatic beauty. Spread out across over 200,000 square meters, the resort will feature ultramodern amenities, attractions, entertainment spaces, shopping, and several connected swimming pools. Built around these connected pools will be hotel rooms, green space, and several relaxation areas.

Due to the Aqueous Resort’s proximity to Egypt’s Red Sea—a natural wonder that attracts over 1.2 million tourists each year and is a major source of tourist dollars for the Egyptian economy—the Al Humaidi Family Kuwait is hopeful that the resort will be an instant hit. Aqueous Resort will sit close to a private beach where guests will be able to enjoy the Red Sea’s waters without overcrowding.

In addition to natural attractions, Aqueous Resort will offer guests access to a range of tourist sites. These include the area’s large mosque, the city’s fort, local markets, and local restaurants.

Ebbsfleet United Football Club is an English professional football club. It is based in Northfleet, Kent, at the Stonebridge Road ground and competes in the National League South, the sixth tier of English football.

While the club has enjoyed a varied and successful history, by the end of 2011 it was facing significant troubles and risked going under for good. Around 18 months later in May 2013, it was taken over by the Al Humaidi Family Kuwait. At the time of acquiring the club, Dr Al Humaidi vowed to launch the club on a whole new trajectory, and he has done just that.

Immediately after the takeover, Al Humaidi appointed a prominent English coach, former Charlton Athletic defender Steve Brown. Soon after Brown’s appointment, Ebbsfleet achieved nine wins in succession and for the first time in years the club reached its tier’s playoffs for promotion to the next-highest tier.

Over the next few years, Ebbsfleet enjoyed huge successes under its renewed leadership. The 2014-15 football season began on a high for the club, with wins against Concord Rangers and Havant & Waterlooville. By the 2015-16 season, their situation was much better, however, as they led their league for almost the entirety of it, with results including a 6-0 win against Hemel Hempstead Town.

Despite some setbacks in recent seasons, including the cancellation of the 2019-20 football season due to the COVID-19 pandemic, Ebbsfleet has started to recover. In June 2020, Dennis Kutrieb, a highly-rated German football professional, was appointed as manager of the team following his decision to not renew his contract at Tennis Borussia Berlin, marking a whole new period of potential prosperity for the team.