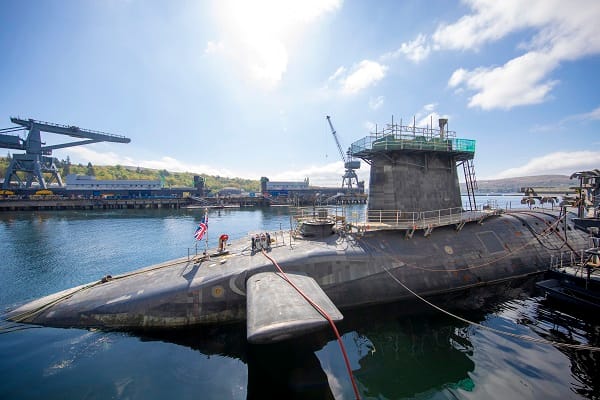 A terror expert has warned that Scotland is potentially at risk from a Russian chemical attack targetting naval shipbuilding yards.

Former soldier and security consultant Graham Yuill who authored a book over the Russian Salisbury novichok poisoning of a former KGB spy said a “reliable source” warned that sites at Rosyth in Fife and Scotstoun and Govan in Glasgow are on a hit list.

Yuill quoted sources who confirmed that Prestwick Airport is also a target by Vladimir Putin as it is used as a refuelling stop for US planes.

He believes that Russian hit squads will target key military sites possibly with novichok or another type of chemical nerve agent.

The 63-year-old who wrote the bestseller Putin’s Assassin about the 2018 novichok chemical attack in Salisbury, said, “This is information I have obtained from a reliable source.

“The use of the virtually unknown nerve agent novichok was a message that Putin has a collection of killer poisons – and no one who betrayed Russia was safe.”

Yuill said, “The GRU specialise in operations abroad. They basically bump off people.

“They are sending agents into the UK through their Dublin diplomatic residency.”

He added, “There is an entire GRU branch concerned with making artificial body parts to change someone’s appearance.”