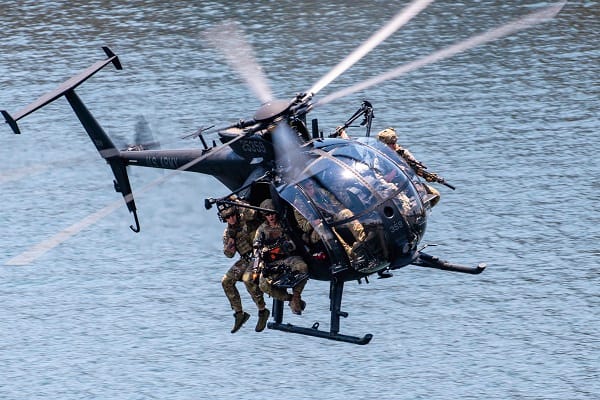 Next month the Commonwealth Games start in Birmingham and a top academic who is an expert on terrorism has warned the Security Services must be ready “because the range of threats” Russia poses to the UK.

The UK have been one “of the most aggressive and vocal supporters of Ukraine” the games could be an easy opportunity for Russian spies to cause some sort of threat.

MI6 and MI5 must be “on top of their game” over the possibilities of disruption to the games as Russian agents could be planning “an assassination or a nerve agent attack in Birmingham” and the SAS are “leaving nothing to chance.”

British intelligence have also warned that Russia could even try a cyber-attack on the games in revenge for the UK arming the Ukraine.

Speaking of the role specialist forces will be taking, a source told The Star, “The SAS are leaving nothing to chance and there is a risk that Russia may try and disrupt the Games.

“That includes everything from a cyber-attack to an assassination or the use of a nerve agent.

“The Commonwealth Games are a high-profile event and could easily be exploited by the Kremlin.

“All of the attacks we are preparing for have already been carried out by the Russians, either in the UK or in other western countries.

“It is easy to see how President Putin would want to punish the UK for supplying weapons to Ukraine.”

Dr Steve Hewitt who is a senior lecturer at the University of Birmingham told the Express, “Birmingham, as it hosts a mega-event, is going to be a massive security operation and, of course, a potential target for non-state and state terrorism.

“It’s the biggest sporting event in the UK in nearly 10-years.

“It is occurring at a time when the norm has become lone-actor terrorism as witnessed by several attacks over the last couple of years including the murder of a Tory MP Sir David Amess.

“The factors fuelling lone-actor terrorism, particularly alienation, have only grown as a result of the pandemic.”

The intelligence and security expert said, “The Commonwealth Games are also occurring at the time as a major military conflict in Europe in Ukraine in which the Government has been one of the most aggressive and vocal supporters of Ukraine.

“The Russian response has been largely symbolic through rhetoric and the banning of reporters, but Russia also has a history of state terrorism and state-sponsored terrorism, including two well-known attacks in the UK.

“A Russian attack is highly doubtful and would not, of course, be done openly.

“It would be a more a case of seeking to punish and send a message than generating publicity for a particular cause in the manner that non-state terrorists carry out attacks.”

He added, “Mega-events are attractive to terrorists because of the potential audience that can be reached, witness the 1972 Munich Olympic attack by Black September.”

Dr Hewitt warned that the Security Services need to be on high alert in order to detect and deter and said that, “MI5 and the police will need to be on top of their game because of the range of threats.”

He concluded, “These piggyback attacks are attractive as they’re easier to carry out because they are targeting secure sites but they also gain greater attention because they occur at the same time as prominent events.”