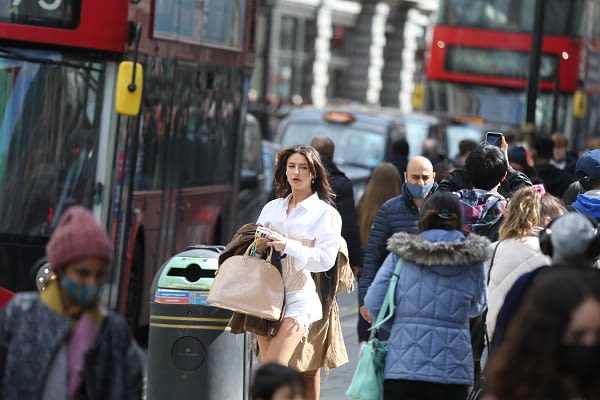 A four-day week will increase high street sales by 20%

The e-commerce expert ParcelHero is urging the Government to seriously consider switching to a four-day working week as soon as possible. This would give a much-needed boost to those parts of the economy hit hard by the pandemic at a time when employers are still flexible about new working practices. ParcelHero argues that the economic and environmental benefits more than outweigh the costs.

A recent survey found 64% of UK adults support the idea, and ParcelHero says its own research has indicated that the introduction of a four-day week, without loss of pay, would give the High Street a £58bn boost.

ParcelHero’s Head of Consumer Research, David Jinks M.I.L.T. said, ‘Covid lockdowns have made us all re-evaluate our work-life balance and we’ve seen most businesses can survive without the traditional 9-5, 5-day week. No wonder the market researcher Survation found most of the public now supports the idea of a four-day week. Far from costing the economy money, our latest research found that a 3-day weekend would lead consumers to increase much-needed spending in local High Street stores and restaurants by up to 20%, bringing an extra £58bn spend to local businesses.

‘Our research shows that consumers would spend more money on their hobbies, from gardening to sewing to model railways. Shopping for clothes is another leisure time activity that could help revive the lost art of browsing the High Street.

‘Extensive trials in Iceland, Spain and Norway are finding very positive results from a four-day working week. A comprehensive study in Iceland found the four-day week was cost neutral for both employers and the Government. Now ParcelHero’s research shows that, for the retail and leisure sectors, the results could be significantly more beneficial, boosting key areas such as hospitality that have been hardest hit by the pandemic.

‘It’s not just employees and retailers that are set to benefit from the switch. Employers have also found some significant gains. For example, in order to combat our headline-grabbing driver shortage, Walkers Transport has launched the first four-day working week ever recorded in the logistics industry, a move that has helped them attract new drivers. Microsoft has recently trialled a four-day working week in Japan and has found a 40% increase in productivity.

‘The move would also have significant environmental benefits. Shifting to a four-day working week without loss of pay would reduce the UK’s carbon footprint by 21.3% by 2025, says the campaigning group Platform London.

‘Of course, not every sector would definitely gain from the switch. For example, manufacturing would need an increase in automation to maintain current production levels. However, many UK products could find that increased sales would help to offset any rise in costs.

‘The Scottish Government has already announced a £10m fund to help businesses explore the benefits of a four-day week. Westminster should seriously consider supporting the change. Admittedly, it’s counterintuitive to think that, by working less hours, the UK economy will expand but, over the past year, we have already seen how swiftly work practices can evolve to meet new challenges.

‘ParcelHero’s research found that, in addition to their current spending, consumers would splurge up to 20% more than they currently do on hobbies and social activities. That means High Street revenues could rise from their current £290bn to £348bn, only if consumers were given more time to shop and socialise.