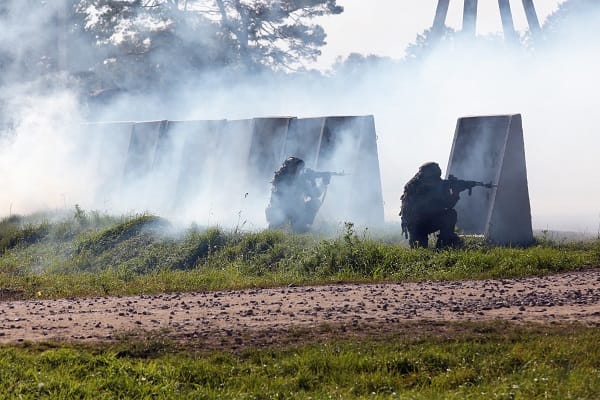 The governor of the Lviv region has said 35 people have been killed after 30 cruise missiles blew up a Ukrainian military base used for NATO drills 15 miles from the Polish border.

Maksym Kozytskyy said the missiles were fired at the International Centre for Peacekeeping and Security in Yavoriv and 57 people were wounded.

A senior Russian diplomat warned on Saturday that Moscow considers Western shipments of military equipment to Ukraine are now “legitimate targets” for attacks.

“The occupiers launched an airstrike on the International Centre for Peacekeeping and Security,” Anton Mironovich, spokesman for the Academy of Land Forces of the Ukrainian Armed Forces, was quoted as saying by the Interfax Ukraine news agency.

Ukraine’s defence minister Oleksii Reznikov said foreign military instructors work and a Defence Ministry representative are trying to establish if there were any on the base at the time.