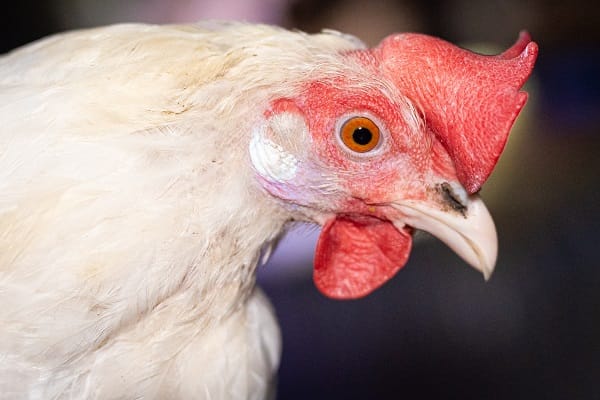 The UK is facing its largest-ever outbreak of avian flu, with 1,727 cases so far detected in the UK’s wild bird population. In addition,161 captive birds have tested positive for the H5N1 strain. As a result, 3.2m birds have been culled across Britain in an urgent bid to stop its spread.

A leading testing expert has warned Brits must be extra vigilant. The UK is one of two western European countries where the potentially lethal H5N1 strain has already spread to humans.

The leading testing expert, Dr Quinton Fivelman PhD, Chief Scientific Officer at London Medical Laboratory, says: ‘Obviously, this is a potential catastrophe for Britain’s bird breeders. This week alone, the Government has ordered that all poultry in Norfolk, Suffolk and parts of Essex must be kept indoors following the rapid spread of the virus. However, it could also represent a significant threat to humans.

‘A British man contracted the virus earlier this year. Duck expert Alan Gosling, 79, is believed to have caught the H5N1 strain of avian flu from his Muscovy ducks. And only last week, a worker at a Spanish poultry farm in the province of Guadalajara contracted the virus. Bird flu is spread by close contact with an infected bird (dead or alive).

‘It can be caught by touching infected birds, their droppings or bedding, or by killing or preparing infected poultry for cooking. It’s thought to be quite hard for humans to catch avian flu from birds but, when those cases do occur, there have been a number of fatalities.

‘Higher numbers of cases mean a greater chance of mutation. That’s likely to be how the Covid-19 virus spread from bats to humans. Professor Isabel Oliver, Chief Scientific Officer at the UK Health Security Agency, has warned: “Currently, there is no evidence that this strain detected in the UK can spread from person to person, but we know that viruses evolve all the time and we continue to monitor the situation closely.”

‘UK scientists and health professionals are concerned that, whereas in previous years the virus has mostly died out during the summer months, this new outbreak has persisted all year round and spread more easily. This autumn, it may be further spread by migratory birds returning to the UK to overwinter, bringing with them further risk of disease.

‘From the point of view of a health professional, it’s particularly concerning that there is no bird flu vaccine as yet. The seasonal flu vaccine many of us are now receiving doesn’t protect against bird flu, which is a different type of influenza.

‘The main symptoms of bird flu can develop very quickly – within 3 to 5 days after infection – and include:

‘Of course, those are worryingly similar symptoms to a number of other viruses, including Covid-19, that we are currently contending with. There are several other early symptoms, however, that are not normally seen in cases of flu or Covid:

‘Patients may go on to develop more severe complications such as pneumonia and acute respiratory distress syndrome.

‘It’s too soon to be worrying about your Christmas turkey or goose, and you can’t catch avian flu through eating properly cooked poultry or eggs. However, anyone who works with birds or who finds a sickly bird must be vigilant and take extra precautions.

‘In the absence of any effective human avian flu vaccine, a general health test might be a useful course of action for anyone concerned, to ensure they are in overall good health to help fight the symptoms of new viruses. London Medical Laboratory’s Health Profile Test provides people with a comprehensive check-up of their general health, including vitamin D levels, diabetes (HbA1c), liver & kidney function, full blood count, bone health, iron levels and a full cholesterol profile.

‘It can be taken at home through the post, or at one of the many drop-in clinics, selected pharmacies and health stores that offer this test across London and UK-wide.’