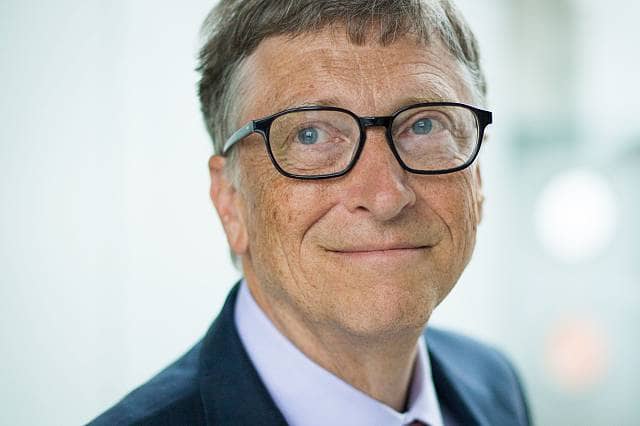 1.     Bill gates the founder of Microsoft is the richest man in the world, during his teenage years he read the ‘World Book Encyclopedia’ series from start to finish.

2.     He was arrested for driving without a license and running a red light in New Mexico two years after dropping out of Harvard.

3.     Number two on the list Warren Buffet bought his first shares at the age of 11, he and his sister bought six shares in Cities Service, an oil company, after he identified them as undervalued stock. At first the stock dropped but he made a $2 a share profit when they began to rise, although he sold to early and missed out as they continued to rise to $200 a share after.

5.     Founder of Amazon Jeff Bezos, number 3 on the list, came up with the idea for the online retail giant during a trip from New York to Seattle. He wrote the business plan on the drive from one side of America to the other.

6.     Amancio Ortega the billion owner of Zara and 4th on the richest list has never given a press interview and has been described as a man of mystery.

7.     Mark Zuckerberg founder of Facebook, the world’s 5th richest man, was approached by several companies including Microsoft and AOL with job offers before he even graduated high school.

9.     Carlos Slim Helu is the world’s 6th richest person and the richest man in Mexico, it is thought nearly all Mexicans have bought something from him.

10.  Through his philanthropic work he does with his Carlos Slim Foundation, he built an museum in his wife’s honor and it contains artworks by Monet, Van Gogh and Da Vinci.