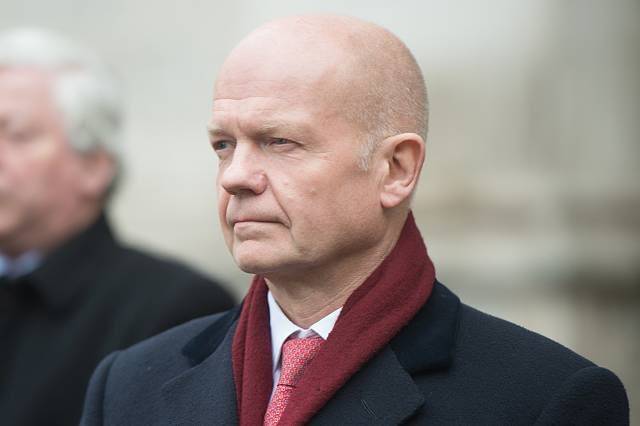 William Hague the former Conservative leader has said he is backing Jeremy Hunt in the leadership race he said, he is “logically and inescapably drawn to vote.”

Writing in the Daily Telegraph Hague said, “Both candidates are committed to a policy that will be formidably hard to implement.

“But one of them has left himself the space in which to do it, even if only a little, an important consideration in a parliament the Tories do not control.

“Whoever wins will benefit from much improved national finances, although I would advise more caution over raiding them in the campaign.”

Hague said that Boris Johnson’s “do or die” pledge to leave the EU by 31 October had cost him a vote.

He wrote, “In doing so, however much I wish him well if he is elected, he has lost my vote,
because ‘do and then die’ could very easily be the outcome.

“Both men have great merits. But asked to weigh who might make the better prime minister, and have the best chance of avoiding calamity over Brexit, I come to a clear conclusion.

“I will mark my ballot for Jeremy Hunt.”