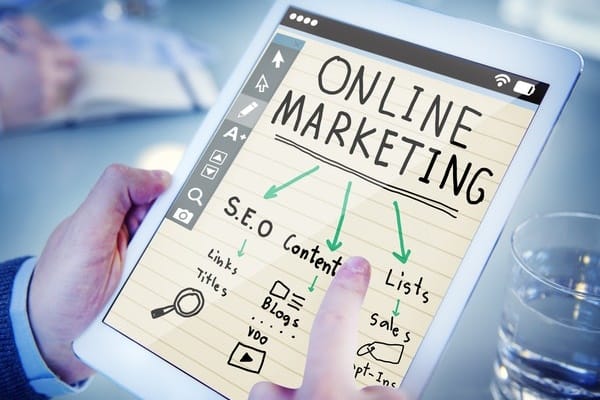 Thanks to the analytical data available through programmes like Google Analytics, SEMRush, Moz, etc. it is easy for digital marketers to measure the progress of their campaigns and identify problem areas as well as untapped opportunities. It is easily possible to spend hours analysing the data available, unfortunately, however, not everybody has the time, understanding, or inclination that would enable them to do so. As a result, the most common yardstick for measuring the effects of any digital marketing activity, be it SEO, PPC, social media, etc. has become ‘Traffic’.

Whether you’re working as part of a digital marketing agency or as an in-house digital marketing executive, there is always pressure on you to ‘drive Traffic’. Getting Traffic to the site is a big part of the job, don’t get me wrong, but Traffic alone is a potentially misleading metric for a number of reasons. For the sake of being succinct, let’s split the issues of using Traffic as a means to measure the progress of digital marketing efforts into two camps; qualitative and quantitative.

Starting with qualitative, Google Analytics provides several metrics to measure the quality of Traffic against, but the most telling has got to be Bounce Rate. The number of times I have been approached to advertise on a site with 10’s if not 100’s of thousands of monthly visits, only for the conversation to end abruptly when I ask “What’s the Bounce Rate?”. Bounce rate, you see, is the percentage of site visits that end without a second action taking place (i.e. the visitor leaves the site more or less as soon as they arrive on it). These visits count toward a site’s Traffic, but that Traffic is valueless. This is why it’s important to differentiate between into Overall Traffic and Active Traffic. For example, a site receiving a total of 1000 monthly visitors with a bounce rate of 50% has 500 active visitors, while a site with a total of 2000 monthly visitors and a bounce rate of 80% has 400.

From a quantitative perspective, one reason why Traffic is such a misleading metric is that it is a relatively ambiguous term. Going back to Google Analytics, Traffic figures are relayed in several different ways, with the three most common probably being ‘Users’, ‘Sessions’ and ‘Clicks’. A User is essentially a unique site visitor, or in other words, an individual. It doesn’t matter how often they visit a site within any given time frame, they will always count as 1 single User (theoretically, at least). A Session is basically a 30 minute period during which a User will be actively engaged with a website. If a User spends an hour on the site or interacts, goes away, and comes back later, it will count as 2 Sessions. ‘Clicks’, on the other hand, are associated with traffic Google AdWords and denotes how many times an Ad has been clicked on. If all goes to plan, one click should equal one visitor. Ideally, this visitor will be a new User but this is not always the case.

These are just 3 different ways of measuring Traffic, but each one can be used to paint a misleading picture depending on how they are used. The issue is that they don’t increase at the same rate. Sessions will always be higher than Users and will always see a larger percentage increases. For instance, let’s say I am tasked with achieving a 5% increase in Traffic every month. I could come back a month later and say “Traffic is up by 5% in August compared to September”, in this case, I mean Users. There has been a 5% increase in Users and a 7% increase in Sessions. The next month, however, I could come back and say “Traffic was 6% higher in September compared to August”, but what I am talking about now is Sessions as Users were only up by 3%. This is a very basic example, but it effectively highlights just how easily a broad metric such as Traffic can be

Often, when talking with a potential client, discussions will inevitably lead to targets. Fair enough. Measuring how well or poorly a digital marketing campaign is performing is essential, but what if the target is a 10% increase in traffic over 3 months? Is now the time to educate? Frankly, yes. It’s a perfect time from a learning point of view, but not a business one. To many, it sounds like getting excuses in early, and there is always the risk of a competitor turning up and saying “Yep. 10% increase? Easy”.

So, what are the options? You can keep your mouth shut and be the one to say “Yep. 10% increase? Easy”. This may lead to issues down the road, but that’s a problem for another day. A far better, albeit, riskier option due to the points mentioned above, is to try and educate your potential client there and then. Some will take it on board and arguably those are the people you want to work with. Another option is to write a short article around the issue if only to give yourself a sense of catharsis, though hopefully, it will help to leave some readers more informed.

In the end, like any issue, raising awareness and educating others is the best means of combatting the issue. Speaking for myself, my life would be a lot easier if more businesses approached digital marketing with a wider lens and understood that by focusing on Traffic alone, they are not only tying the hands of ethical digital marketers but also inviting charlatans in.