Home Brexit Watch: Barnier says UK will have to ‘face the consequences’ if we crash out of EU 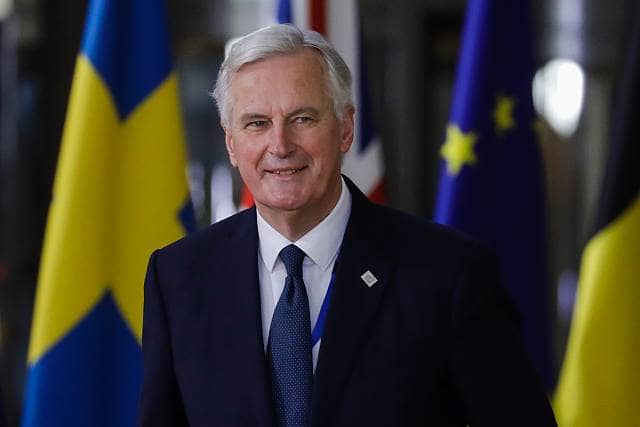 Watch: Barnier says UK will have to ‘face the consequences’ if we crash out of EU

Michael Barnier the EU’s chief Brexit negotiator has insisted the withdrawal agreement was the only way to leave the EU in an “orderly manner” and added that the UK will “face the consequences” should we crash out.

.@MichelBarnier told @bbcnickrobinson for #BBCPanorama that the thrice-rejected agreement negotiated by @theresa_may was the "only way to leave the EU in an orderly manner". Watch Britain’s #Brexit Crisis tonight, 9pm, @bbcone pic.twitter.com/EuuPBwgbU2

In May the BBC’s Panorama programme recorded an interview with Barnier, he was asked if Theresa May ever mentioned or even threatened or mentioned a no-deal exit.

He replied, “No, no, I never listened to such a sentence. Never.”

Barnier said that he believed the UK knew the EU would not respond to threats of a no-deal Brexit.

“I think that the UK side, which is well-informed and competent and knows the way we work on the EU side, knew from the very beginning that we’ve never been impressed by such a threat. It’s not useful to use it.”

He added, “We have put in the document (the Withdrawal Agreement) with the UK – not against the UK, with the UK – the legal answers to each and every point of uncertainty created by Brexit.

“That is the point.”

Martin Selmayr, the European Commission’s top official told Panorama the UK was unprepared to leave without a deal.

“You would have to establish a lot of authorities in the United Kingdom that you don’t have at this moment in time so I think the European Union have been very well-prepared for that – we could live with a hard Brexit.

“We don’t think the same level of preparation is there on the UK side.”