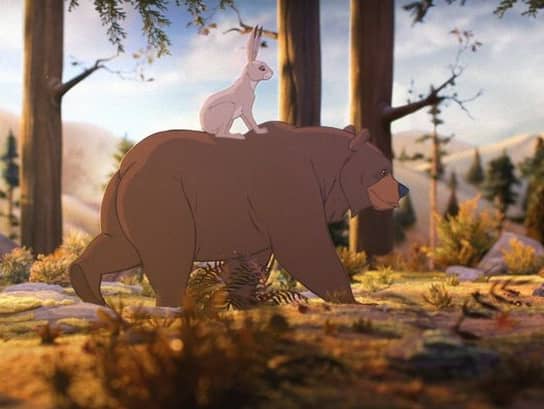 It’s the one they’ve all been waiting for…

John Lewis’s Christmas ad has become the heart-melting moment that all Christmasophiles pine for on the tellybox, the reward for trudging through interminable weeks of autumn advertising drudgery and breaking through into the snow-and-sparkle-sprinkled visual Mecca that is retail Christmas TV wonderland, for seven glorious weeks from early November onwards.

This year Britain’s favourite brand has decided to take one whole walloping ad break exclusively during Saturday’s X Factor to run its Christmas advert, squeezing out any risk that rival sentiment-stirrers in adland might sap its emotional impact by running immediately after it. The airtime cost John Lewis £5m, the production and other advertising costs £2m. And Simon Cowell had to sign the deal off personally, although apparently he hasn’t seen the ad yet.

So what’s the story, Christmas glory? Poor Bear is the only animal in the forest that’s never seen Christmas Day because he’s always hibernating through it. So Bear’s best friend Hare decides to… well, I don’t want to spoil the ending, so here you go:

What do you think of the ad? Let us know in comments below and @LondonlovesBiz and @sophiehobson