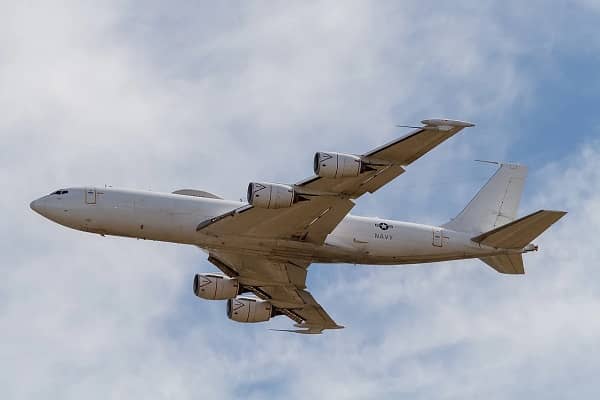 Two US nuclear bombers known as “doomsday bombers” and are capable of launching a nuclear attack anywhere in the world took off just before President Trump’s announcement was made public.

US President Donald Trump and first lady Melania Trump have tested positive for coronavirus. The news sent the US into further upheaval and uncertainty just over a month away from Election Day.

Minutes before Trump’s diagnoses was made public two E-6B Mercury planes took off on Friday morning, one flew from the West coast and the other from the East coast.

Tim Hogan, an American open-source intelligence practitioner, tracked the nuclear bombers on radio transponders had taken off, which he saw as a sign that Trump had tested positive.

Hogan said, “I would expect them to pop up if he tests positive.”

He added that normally the doomsday bombers turn off their transponders, but this time they wanted to be seen.

This very public departure of the bombers, is a signal to the world that the US chain of command can still launch nuclear weapons despite the President being sick.

However, a US Strategic Command spokesman told Fox News that the flights were “pre-planned” and the timing was “purely coincidental.”

Having bucked the negative market trend this year with a positive performance, the FTSE …