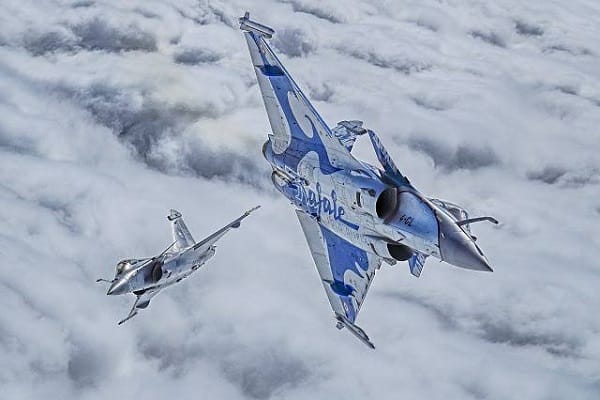 The US Air Force the UK, Germany and Italy took part in a training exercise over the North Sea, with some 100 personnel and 38 aircraft, including F-16 fighter jets.

The training exercise took place on Wednesday which was aimed to “sharpen combat readiness,” said Captain Nathan Hartoin of 48th Fighter Wing based at RAF Lakenheath in Suffolk.

Captain Hartoin said, “The primary purpose of it is to conduct the training with the other USAF units to sharpen our combat readiness and increase the tactical proficiency which allows us to maintain a ready force capable of ensuring the collective defence of the Nato alliance.”

“And then, as pilots go out to the jets, they’re able to maintain social distance from their ground crews.

Fighter jets from Spangdahlem Airbase in Germany, alongside KC-135 Stratotanker refueller aircraft from RAF Mildenhall in Suffolk and F-16 jets from Aviano, Italy took place in the exercise.

A spokesman for EuCom, the US European Command which co-ordinates military activity in Europe, said, “We have not seen an increase in threatening activity from any potential adversaries in the European theatre; however, we continue to train and stand ready to counter any potential threat that may arise.”