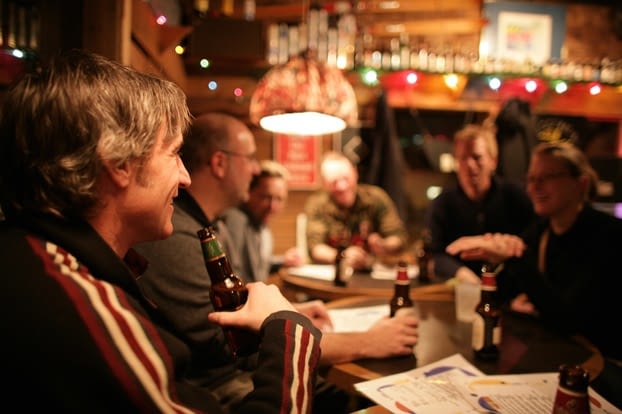 UK pubs are in trouble – here’s why

The British Pub Confederation, which represent pubs and publicans, has welcomed the conclusion of the Business, Energy and Industrial Strategy (BEIS) Select Committee, who have confirmed that the Pubs Code is not working and that the Government must step and intervene.

ouThe evidence sent to the Committee and acknowledged by the Pubs Code Adjudicator clearly showed that the current system isn’t working, that tied tenants continue to be exploited and ripped off by pubcos and that the Pubs Code Adjudicator is failing to deal with this. The evidence has shown that some of the big pub companies are gaming the system and bullying tenants by pushing them into accepting poor terms.

The Pubs Code is currently failing to deliver either of the two key principles of the legislation; the principle of fair dealing and the principle that tied licensees should not be worse off than free of tie licensees. Instead, as Rachel Reeves MP has described, profits continue to be “hoovered up by these pub giants while the efforts to break free of the tie by these small, local businesses ae being frustrated at every turn”.

The Government have called on the Minister to “and not just sit on its hands and wait for the review next year” and has made clear that Parliament will need to revisit the issue and determine whether further legislative changes are required to protect pub tenants.

The British Pub Confederation have consistently demonstrated the ongoing failure of Pubs Code and Adjudicator with pubcos using a variety of tactics to the tenant taking the Market Rent Only option. The Confederation have also made clear that there are flaws in the current system, with inadequate powers for the Pubs Code Adjudicator and a lack of clarity about the Market Rent Only option, things that must be rectified.

So far Ministers have ignored the failure of the Code and the dreadful performance of the conflicted Mr Newby and have refused to do anything about it, despite tenants clearly telling BEIS that they are being denied their legal right to access the Market Rent Only option. This is not only unacceptable, but is also subverting the will of Parliament who introduced the legislation.

“We welcome the fact that the BEIS Select Committee have now confirmed the reality, that the Pubs Code is failing to deliver fairness for tied tenants and failing to do what Ministers themselves promised would happen. Tenants are reporting that with some of the companies, pubco behaviour is as bad as ever with tied tenants being ripped off, exploited and bullied yet Ministers and civil servants keep ignoring this.

“The reality is that no tenants are able to access their legal right to an independently assessed free-of-tie agreement in the way Parliament had intended. It is time that Ministers accepted this reality and acted.  They need to conduct a review as soon as possible, but more importantly commit to legislate to put in place a simpler and clearer system that will stop the ongoing abuse of tied tenants by pubcos and ensure they can access a genuine Market Rent Only option without this being thwarted or delayed, as is currently happening.

“It’s time they also accepted the glaring reality of the appalling performance of the conflicted and  Paul Newby, who has proved beyond doubt how inappropriate it was to appoint a surveyor with links to the pubcos and has demonstrably failed in his basic statutory duty to uphold the Pubs Code. Ministers need to show a bit of courage and sack him and replace him with a non-conflicted lawyer who will both uphold the Code and work with them to deal with the flaws in the system so it works as intended”.

Rishi Sunak’s hospitality financial ‘package is far too little and...

£1bn Omicron business measures are nothing but ‘lip service’ the...