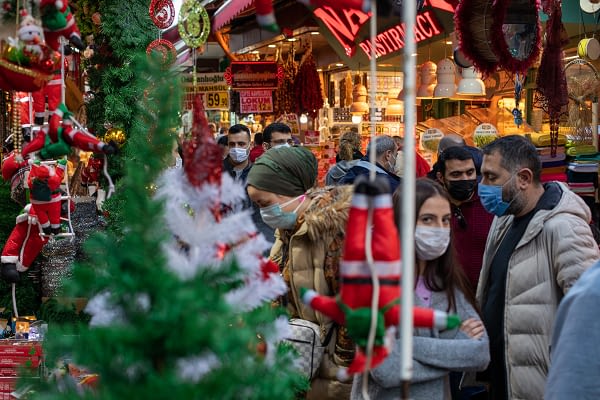 Data based on more than 1,000 ecommerce players in the UK from Criteo (NASDAQ : CRTO), the global technology company that provides the world’s leading Commerce Media Platform, shows this year’s Black Friday succeeded in driving a 247% increase compared to the average number of transactions the UK sees in first week of November.

According to the commerce dataset, which represents over 28 million unit transactions, the categories driving the Black Friday surge this year included Jewellery, which increased 405%, Home & Lifestyle which was up 378% and Apparel up 254%. This compares to a 128% rise in Consumer Electronics purchases.

The data proves Black Friday is less and less about electronic goods. This year saw transactions soar in resurgent categories like travel. By mid-November, air travel bookings were up 103%, highlighting a shifting consumer trend towards luxuries and treats, rather than focusing on more necessary products like laptops.

On Black Friday itself however, overall sales were down 18% year-on-year across the retail ecommerce sector. Importantly, Black Friday 2020 was something of a phenomenon. With so much more time spent at home, consumer electronics saw an incredible surge in demand from consumers who needed better home working equipment and had held on to extra cash as a result of little to no holiday travel opportunities.

This year was different. Alongside competition from the travel sector, the rise of constant commerce has also made earlier points in November far more significant as ‘always-on’ shoppers are able to snap up the very first signs of retailer deals.

Significantly, the number of ecommerce transactions in the UK for the first week of November remained level with 2020, increasing through the month toward Black Friday. Given the relative end performance of Black Friday last year, this highlights the growing opportunity for retailers and brands at earlier points in ‘Peak’ season.

While this might mean no more record-breaking Black Fridays, for brands and retailers, the window of opportunity has matured into a full month. Given this trend, it will be interesting to see how many businesses – both in consumer electronics and sectors like travel – start their ‘Peak’ promotions in October 2022.