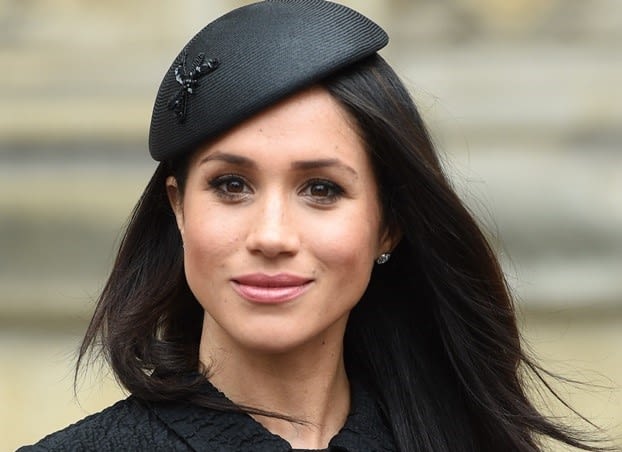 She’s quickly becoming a veritable fashion icon in her own right. From her chic berets and jewellery pieces to her timelessly elegant coats and off-the-shoulder frocks, women in Britain and around the world are already taking cues from Meghan Markle. The new Duchess of Sussex, who, despite only recently entering the Royal Family, has already started to make her mark.

When it comes to style, Duchess Kate is famous for her love of buttons – and many women around the world follow her classic aesthetic. As for Duchess Meghan, one of her most sought-after fashion statements is her devotion to chic, modern and comfortable coats. From belted designs with a minimalistic feel to wide, voluminous collars, Meghan is definitely having a big fashion moment when it comes to outerwear. Described by many fashion critics as ‘the way a 21st century woman looks, Meghan’s coats have rapidly become a major point of interest around the world, with brands struggling to keep up with the customers’ orders.

Back in December of 2017, before she even entered the Royal Family, the fashionista visited Nottingham while wearing a classic Elodie navy double breast wool coat, designed by Mackage. And in March of 2018, she showed her love for the same brand when she sported a hazelnut-hued MAI wool coat with a statement belt while visiting Northern Ireland. On both occasions, the coats sold out within hours of Meghan’s public appearances and the brand’s traffic quadrupled in numbers. The customers: fashion-lovers from Britain, but also from other parts of the world trying to replicate the duchess’s refined, yet modern style.

Designs on the rise: boat and halter necklines

Audrey Hepburn loved them and so did Jackie O. – and Meghan Markle is definitely another high-profile fan. Boat necklines, also called bateau necks or Sabrina necklines are definitely trending – and it’s all thanks to the newest member of the Royal Family. Classically elegant, sophisticated and demure, boat neckline dresses are at an all-time high in Britain. Not only have the searches of British users dramatically increased with keywords like ‘boat neckline dress’ by more than 50%, but the fashion brands also report huge increases in sales.

One of Meghan’s most memorable fashion moments was definitely her white evening gown she wore on the night of her nuptials, designed by British fashion designer Stella McCartney. The dress featured a high halterneck design with bare shoulders – and the British fashionistas definitely took notice. As a result, the searches for ‘halterneck dresses increased by no less than 40% and ‘halterneck tops’ showed an increase of 20%.

But the ‘Meghan effect’, as they call it, does not stop here – it actually extends to the duchess’s love for statement, streamlined accessories. One of Meghan’s most inspirational outfits was the look she sported at her first official engagement: a royal event in Nottingham back in December 2017. The now-duchess rocked a Strathberry bag in a dark plum shade. And as expected, the tote soon became the It Bag of the moment. As a result of her chic appearance where she also sported one of her most sought-after coats, the bag sold out in less than 12 minutes. In addition, the searches for the burgundy tote designed by the relatively new Scottish fashion label increased by no less than 2,044 percent.

But besides influencing fashion trends, Meghan is also an inspiration for many women when it comes to beauty and jewellery trends. Having peaked in popularity in recent years, matte and red lipsticks have now become seconds to Meghan’s favourite neutral and lighter, creamier shades (with major increases in sales). As for jewellery, Meghan’s go-to minimalistic yet timeless pieces (lovely pearl earrings, dainty necklaces and thin, stackable rings) have reached an all-time peak in popularity.

How digital first fashion can revive the fashion industry

Watch: Piers Morgan says Meghan Markle should ‘go back to...